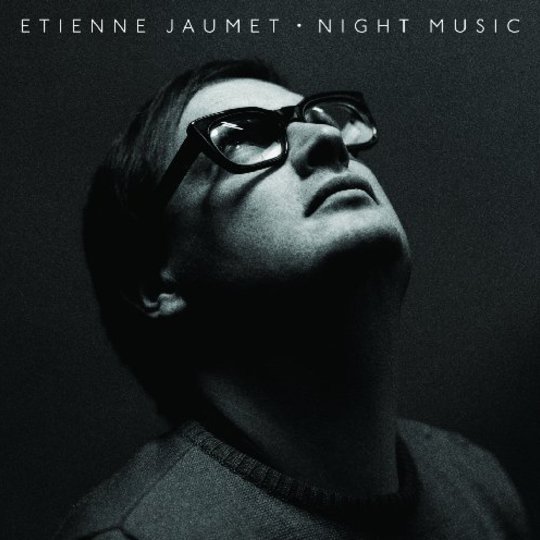 The background to Etienne Jaumet’s Night Music might suggest that Carl Craig is some fairy godmother of techno. The story might not have the same fairytale element as Recloose’s discovery, where Matt Chicoine was famously signed to Craig’s Planet E label after slipping a demo between two slices of bread for Craig in the Detroit sandwich shop where he worked (in fact Craig agreed to man the mixing desk for Night Music at the behest of Versatile label boss Gilbert). Still, the notion is still that, with one wave of his magic wand, the genius behind Paperclip People, Innerzone Orchestra and some of the best techno records ever has transformed someone from lowly beginnings – whether that’s bread-butterer in Recloose’s case or an alt. folk bit-player like Jaumet – into someone draped in electronic music’s most enchanted haute couture.

Yet whilst the Detroit connection – not to mention the sticker with the words 'Produced By Carl Craig' in huge letters on the front of the album – certainly can’t hurt Jaumet when it comes to drumming up interest in his debut solo album, it’s not something the Parisian producer really requires to make up for any failings. True, he might have first emerged making idiosyncratic French indie in The Married Monk, but he’d already firmed up his electronic credentials as one half of synth botherers Zombie Zombie (alongside Herman Dune’s Cosmic Neman) by the time he released 2007’s debut solo single ‘Repeat Again After Me’. It’s obvious why that track could have convinced Carl Craig to get onboard for the follow-up album, since it contained everything great about the jazzier side of techno that is Craig’s forte spun out into 15 minutes, with an inimitable shot of Gallic grace. But it was also indebted as much to Seventies prog-rock and early Eighties Italo-disco as much as Jaumet’s newfound mentor, and that’s where he’s returned for Night Music: seeking inspiration not just for the sound, but seemingly also the titles (when was the last time you saw something called ‘Mental Vortex’ away from the back of a Hawkwind LP?) and even the bloody length of some of them.

OK, at 20 minutes long the opening ‘For Falling Asleep’ might be one third of the length of Manuel Gottsching’s seminal 1984 electronic instrumental ‘E2-E4’, but with its spiralling saxophones and panoramic synths it has a similar epic sweep, only here the territory is much more crepuscular than Gottsching’s sunny Balearic bliss. Of the four other tracks, only ‘Entropy’s driving electro undercarriage really betrays Craig’s influence – bringing to mind his excellent ‘Landcruising’ as it does – but elsewhere the most obvious contemporary reference point for Night Music is Lindstrom and Prins Thomas; not for Jaumet’s liking for the long-haul, more due to his shared fetish for analogue synths and the other retro-psychedelic sounds pinched from bands like King Crimson, apparent in tracks like ‘At The Crack Of Dawn’. Still, even then it’s difficult to imagine the Norwegian cosmic disco duo coming up with something quite as dark as ‘Through The Strata’; nine minutes of strangulated strings and ominous bumps in the night. Jaumet might have Carl Craig hovering over him but he’s not entirely in his shadow, and Night Music is his own diamond-encrusted carriage, which he rides through the small hours with no risk of ever becoming a pumpkin.