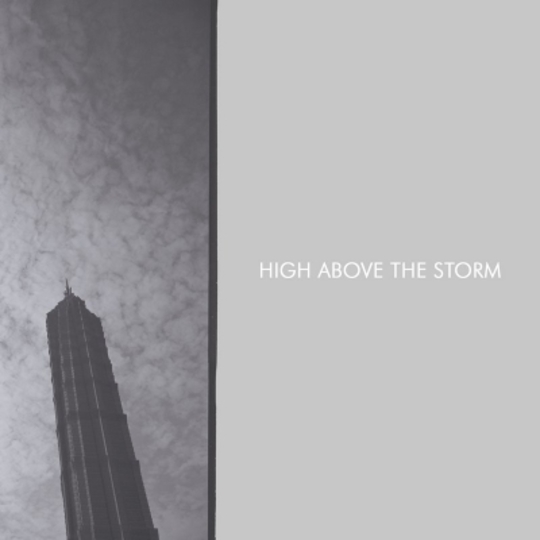 You know how at school, there were always rough kids with slight eccentricities? Like the guy who broke a 19-year-old’s nose, but would drink nothing but Earl Grey, or the fly-half who was passionate about crochet. They’re barely perversions but somehow it makes it difficult for them to really be accepted. Well, to some extent it’s the same with High Above the Storm.

Formed from the corpse of The Hotels, High Above the Storm write songs with an emphasis on space. The tracks here are vast but seem as if they are little more than a sketch; stark versions of skeletal pop songs float amid a sea of synthesised melody. From the slow build of ‘Dragon Fly’ to the collapsing lament of ‘Detour/Stranger Life’, High Above the Storm builds to fall.

The driving force of ‘Last Year’s Man’ quickly fades to the post-emotional gloom of ‘Good For Me’. This is the sound of sadness, forced home by Travis Bickle’s scathing reflections from ‘Taxi Driver’. Slow, bruised and desperately close to poignant, this could well be the highlight of the record.

The real trouble with High Above the Storm, is that emotion is a sensation known mainly by proxy, condemned to the past as a concrete sky looms overhead. It is this bleak, almost soulless imagery that drives their self-titled debut. Ideas are encased in lead as your heart soars, only to find itself crash back towards a bleaker, more desolate earth.

Transitions are fluent enough but the impact of the initial trilogy is short lived, the synth punch of ‘Last Year’s Man’ is replaced by the tepid piano-synth of ‘Demons Are Forever’. There are echoes of Elbow here only without Guy Garvey’s affability. There might be some sort of sentiment entrenched within, but at times it’s a point so laboured, there is little that can be done to save it. The neutered pleasantries do come close to pleasing; the record is agreeable enough, but in a world like ours isn’t it righteous for kids to show a little courage now and then?

What High Above the Storm lack in courage they make up for in style. The shapes cast here are sleek and fully formed and, at times the Death Cab for Cutie-lite hooks are wholly convincing. The band conveys something deeply melancholic and equally detached, un-phased by their impending misery but, as the record wears on, so does the defiance.

Commendation is deserved for the effort, but with a little more thought this could have been something to celebrate. As it stands there are moments of true brilliance as vocals and rhythm set themselves in lengthy combat. The record is let down by a stern refusal to accept that as an EP it could have been brilliant, but as an LP there’s too much flab, too much insincerity to really make a mark.