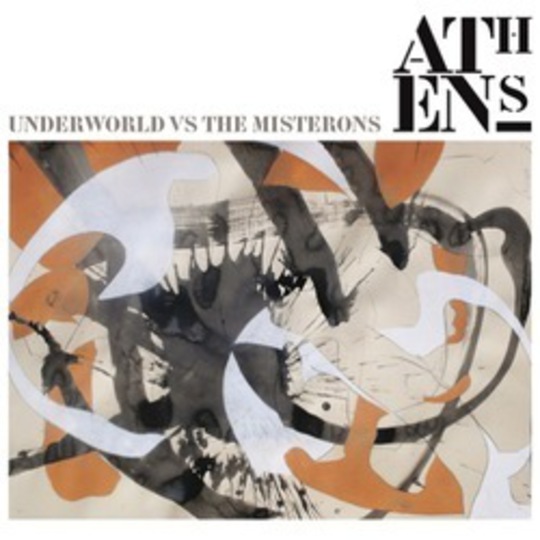 Still, I can see why Underworld have gone and released a compilation of this ilk. For they have always had that certain something that makes them that bit different from their other electro peers; and that something is the ability to combine instruments, rambling vocals and experimental compositions to create a coherent, rich sound which – if left in the hands of most other electro acts - would seem ill-fittingly cringeworthy or devoid of any soul.

Athens sees Hyde and Smith once more combining with Darren Price and Steven Hall under the guise of The Misterons, but this time producing a record of ‘jazz improvisations’ that the quartet feel were either overlooked at the time or unheralded for being great pieces of music. The only constant running through the mix is the emphasis on live instrumentation, with Hyde himself talking at length within the album’s sleeve about the lack of musicianship on most modern dance records. Indeed a few of the names here will likely be familiar, but not necessarily their selected output.

One person who I am aware of is Alice Coltrane, and her moody ‘Journey in Satchidanada’ is a colossal opening piece of work, building from bare scrapings of brushes on cymbals to a haunting sax solo. If you thought The XX were good at creating abstract atmosphere, then you ain’t heard nothing yet… Another familiar name is Squarepusher, seen here in one of his funkier moments. Fans of Tom Jenkinson will likely know that he is an extraordinary bassist, but his fretwork has rarely felt more at home than ‘Theme of Sprite’ does here.

The centrepiece of the compilation (and indeed the nucleus for its inception) is ‘Penny Hitch’ by Soft Machine, an ambitious instrumental from 1973 whose synths were revolutionary at the time. There are indeed echoes and sounds which correlate with the score Underworld did for Sunshine and then elaborated on for Oblivion With Bells.

Elsewhere Roxy Music‘s fragile ‘2HB’ gets a deserved re-airing, we get treated to some controlled free jazz courtesy of Carl Craig’s orchestral side project Detroit Experiment, Osunlade offers up ‘The Promise’ - a building piece of minimal electro crossed with traditional instruments - and genre pioneer Laurent Garnier gives us the bass heavy funk of ‘Gnaumankoudji’.

Only two inclusions feature Underworld themselves: ‘Oh’ (originally heard fleetingly within Danny Boyle’s A Life Less Ordinary) feels a lot more at home on this record than it ever did on the films soundtrack, resulting in a largely successful layering of saxophone and moodier dark & long-esque rumblings. Of more interest for the long term Underworld fan, ‘Beebop Hurry’ sees Karl Hyde take centre stage for a duet with Brian Eno, taken from the latter artist's 2009 Luminous festival sessions. It essentially sounds a bit like the bank heist music from the film ‘Heat’, albeit with a slightly indulgent guitar solo, some odd electronic noises and Hyde delivering a stream of consciousness over the brief three minutes running time. It’s nearly great. But it’s ultimately just fairly good.

So there you have it. Underworld fans will likely be slightly disappointed that the band haven’t used the release to show off their vast talents in a more definitive manner, but taken as a compilation of music ranging from unknown jazz to pioneering early Detroit disco, Athens is a diverse and rich mix. Indeed your knowledge of the prominently featured genre eventually seems secondary to the music showcased within its hour-long journey.