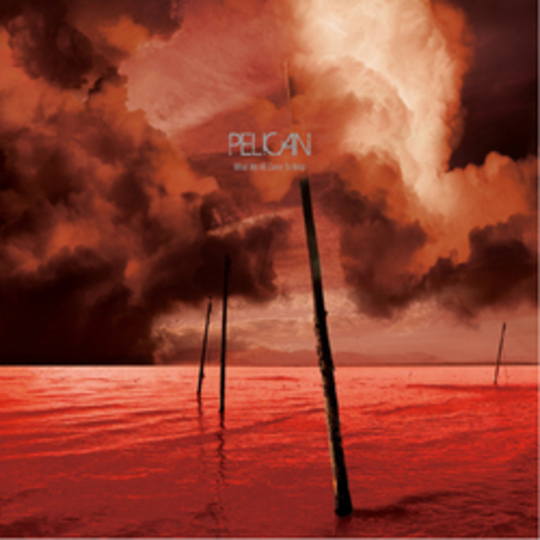 Pelican’s predicament is a curious one. Just as their forebears Earth were eclipsed by the bands that Dylan Carlson’s doomers inspired, so in recent years have Pelican been threatened with irrelevance in the face of the white-knuckled restraint of Red Sparrowes and – most dangerously with their excellent third album Geneva – Young Turks Russian Circles. Then there’s the fans, split ever since Pelican moved on from the pummelling of debut album Australasia to embrace a more complex sound; there’s those that quite dig the spindly, occasionally shoegazy interplay of guitar chiefs Trevor de Brauw and Laurent Schroeder-Lebec and those that shout ‘Judas’ from the sidelines if bludgeoning catharsis is not served up on a plate. The latter forget that, despite having being on Hydra Head until now, Pelican have always claimed to be as influenced by Slint and fellow townsfolk Tortoise as much as Neurosis and Metallica.

Then, of course, there was 2007’s City Of Echoes, a record which confounded many. Self-proclaimed as Pelican's ‘pop album’, it sliced their track lengths in two, spawned glossy promo vids and – the horror – dipped its hairy toe into proggy New Age. Though it at least showed a band unwilling to kowtow to expectation, it was largely horrible. Thankfully, this year’s move to heaviosity power plant Southern Lord saw them partly redeemed with the Ephemeral EP (which featured Carlson himself on a cover of Earth’s 'The Geometry Of Murder') and they largely continue that voyage back into the light with this, their fourth album.

Allying the clean production of Chris Common (These Arms Are Snakes drummer and drum tech on Mastodon’s Blood Mountain) with slurred, stoner riffs and a rewired dynamic sense, What We All Come To Need is a confident statement of purpose and collective coherence that rejects the morbid hokum of much of the Southern Lord roster. And it’s heavy. No less so than on the album’s 20-minute central suite of 'The Creeper', 'Ephemeral' and 'Specks Of Light'. Hardly surprising really, considering that sulphurous overlord Greg Anderson (of Sunn O)))) guests on the ear-cracking 'The Creeper', a heart-stopper of a track which readies the listener for 'Ephemeral' and 'Specks Of Light', the record’s best two missives. A substantially heavier version than that which appeared on the EP, 'Ephemeral' hinges around a collapsing Sabbath/Priest riff that breaks off into multiple tangents with de Braw and Schroeder-Lebec bounding and spinning off each other like two dazed, bulbous hornets.

There’s prettiness too; in the slow star showers of opener 'Glimmer' and in the melodic fronds that drape around the planet-sized 'Strung From The Sky', a track with eschews Larry Herweg’s otherwise rudimentary rhythms with some off-beat flourishes. An album pocked with guest appearances (Hydra Head/Isis boss Aaron Turner rages on the title track), What We All Come To Need’s final seven minutes are the most head scratching. Featuring the almost Anglicised vocals (!) of Allen Epley (Shiner, Life & Times) is 'Final Breath', a soaring, majestic almost-ballad that would sit well on Ride’s Nowhere. Inspired by Robert Burns’s 'A Red Red Rose', Epley’s vocals add texture rather than being high in the mix. But while it works as a discrete piece, it admittedly sounds a little out of place. Though there’s nothing startlingly new here, this is a consistently engaging record that doesn’t so much successfully straddle metal and post-rock than have both coursing through its veins. Next time might prove the great leap forward; at least for now Pelican are simply too hungry to bed down.