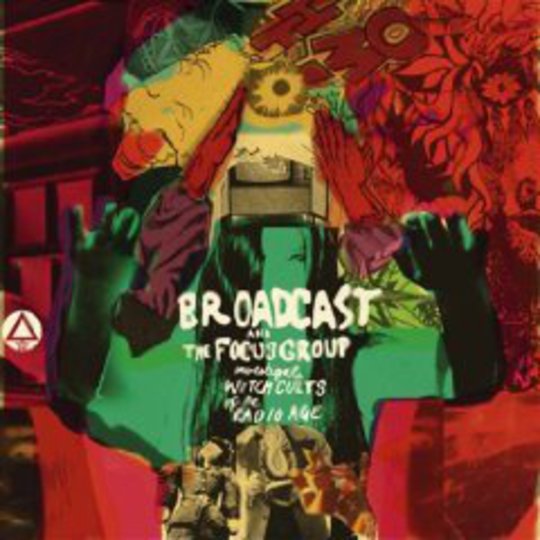 Like fellow Birmingham psychonauts Pram, Broadcast have the misfortune to be a group whose aesthetic has seeped into pop consciousness without taking the band with it.

Initially bracketed by critics somewhere between Portishead and Stereolab (whose Duophonic label released the group’s startling 1997 EP The Book Lovers) Broadcast soon proved themselves equally adept at playing cultural blotting paper with their own individual inspirations. Sharing Stereolab’s love of the BBC Radiophonic Workshop and French chanson, they also soaked up Sixties electronic rock pioneers The United States of America and 20th-century composers – the nightmarish ‘Hammer Without a Master’ is titled after IRCAM founder Pierre Boulez’s ‘Le Marteau sans Maitre’ – distilling it all into sweet-sour nuggets of hallucinogenic wonder.

Yet so far even being snapped up by Warp hasn’t brought Broadcast the widespread love they deserve. They may not be as derided and ignored as Birmingham’s once-futuristic concrete architecture, but there’s certainly a danger of newer, more colourful acts springing up on the skyline and blocking them from view.

Tender Buttons, from 2005, found them reduced to a duo (former members Tim Felton and Roj Stevens have since re-emerged, in Seeland and as a solo artist respectively). But just as a recent Wire interview revealed that a money-saving move away from Birmingham by core members Trish Keenan and James Cargill had brought them to Hungerford, a town whose Middle England veneer hides a variety of unsettling ghosts, so Tender Buttons found the duo use their isolation and lack of a live, breathing drummer as impetus to transcend artful pastiche. A masterpiece of stark, buzzing menace and psychological disorientation, it felt like watching your daily movements on CCTV and realising they traced out a giant occult symbol.

In contrast, Witch Cults of the Radio Age is chaotic, overstimulating, like opening a dusty wardrobe and having an entire childhood tumble down on your head. Packing 23 tracks into 48 minutes, it may well alienate followers who prefer the more leisurely pop of ‘Papercuts’. But it carries the same trapped-on-the-wrong-side-of-the-mirror allure as Tender Buttons, with Keenan channelling some inner kaleidoscope through her outwardly blank, coolly regretful vocals. “The forehead is where the diamond rotates / All circles vanish” she intones on ‘The Be Colony’, drifting between pools of echo as the bass bubbles malevolently away underneath.

The Focus Group is Ghost Box co-founder Julian House, whose label’s sound and visuals deftly evoke the OU theme tunes and two-colour geography textbooks of yore. He and other Ghost Box acts such as The Advisory Circle are inheritors of the tradition of library music, those jaunty/wonky incidentals and spacey sexxx-funk wonders that session men called Reg and Brian would knock out before their morning cuppa in the Sixties and Seventies.

Constantly jump-cutting from one woozy plane of consciousness to another, Witch Cults… suggests House, Keenan and Cargill poking around the darker corners of such a library to discover unused fragments and spectral echoes of those miniature worlds, swirling around and refusing to be put back in order. ‘How Do You Get Along Sir?’ juxtaposes monstrous male voices with groovy bachelor-pad rock and plucked strings. ‘I See, So I See So’ is a cryptic folk riddle whose solution may well be a giant basketwork figure; ‘Mr Beard, You Chatterbox’ is a cod-Baroque oddity of Wendy Carlos proportions, whilst ‘Drug Party’ shakes free of decadent psych-rock to escape into a back yard of chill auras and barking dogs.

Matters become more unhinged as the record progresses: ‘Ritual/Looking In’ tips the floor sideways with oppressive drones, circling drums and orgiastic space-flute. ‘What I Saw’ opens the door to a carol-singing clan of Midwich cuckoos before ‘Round and Round and Round’ reveals the black mass taking place under the village hall. You awaken from a dream, only to find that the world itself is a dream, from which you jerk upright, over and over…

Many of Broadcast’s original reference points have nowadays lost their obscuring layer of dusty mystery: Delia Derbyshire is no longer an unsung heroine; Valerie and Her Week of Wonders) is available on DVD; The United States of America can be heard on MySpace. But with Witch Cults… Broadcast and House have fashioned an artefact that could well work similar magic on future generations of wide-eyed sonic archaeologists.