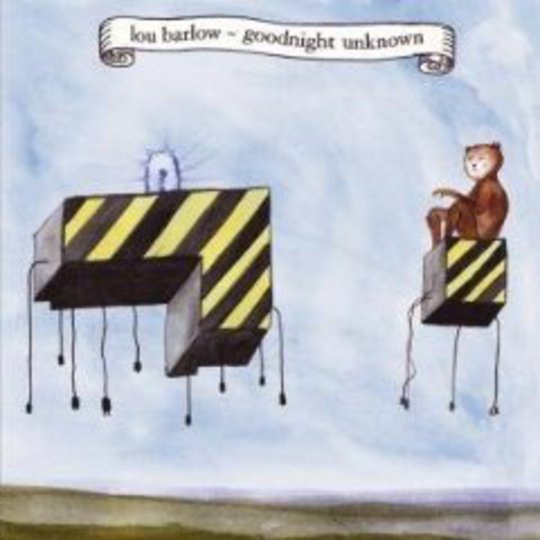 I’ve always been of the opinion that J and Lou are really better off without each other. That’s not to say I don’t dig that trio of Eighties Dinosaur Jr albums approved by the All Tomorrow’s Parties mafia. Heaven forbid: Lou’s 'Poledo' was one of the best songs from that era. It’s just that, without whiney milksop Lou, J was able to write FM rock anthems like 'Start Choppin’. And, divorced from the despotic J, Lou went on to create arguably the best U.S. indie rock of the Nineties. Emoh – Lou’s ill advised excursion into ‘mature singer-songwriter’ pastures - aside, Goodnight Unknown continues the trend of being a far more rewarding album than the recently re-formed Dino ones, in the same way that J’s Witch project is also.

Despite the fact things appear peachier in Lou’s life than ever before, there’s still a sense of urgency about parts of Goodnight Unknown. Opener 'Sharing' might be devoid of anything resembling a hook, but is played out with gusto and the requisite soul and fire that make Lou in anxiety attack mode a compelling listen. The title track lends weight to Lou’s concession that he’d been getting re-acquainted with Sixties garage - it lurches with queasy abandon before a phased organ melody positions the song as some kind of lost psyche artifact. Ambivalence has always played a central part to Lou’s lyrical concerns and Goodnight Unknown is no exception, as exemplified by 'The Right'. A wistful, Midi-marimba propelled delight in which Lou ponders "the right to be conflicted", it’s so breezily lovely you’ll want to hug your speakers. Indeed, there’s no paucity of yearning wonder on offer. Sometimes it’s sickly: 'Take Advantage' and 'The One I Call' are the kind of soppy shit you could imagine J balking at and with good reason. 'Faith In Your Heartbeat' and 'Praise' on the other hand are utterly gorgeous, each song chock full of heart-tugging chord changes and that aura of endearing earnestness you only get from Lou. As Courtney Love once suggested, Lou’s the kind of dude you sleep with then find climbing a tree in your backyard with boyish enthusiasm the next morning. Still, he’s as contradictory as ever on the stark and ominous melodic twists that typify 'Modesty': “no one colder than me/No one’s told me that before/now I know that nothing’s simple”.

Emotional ambiguity never sounded so good. Business as usual then.