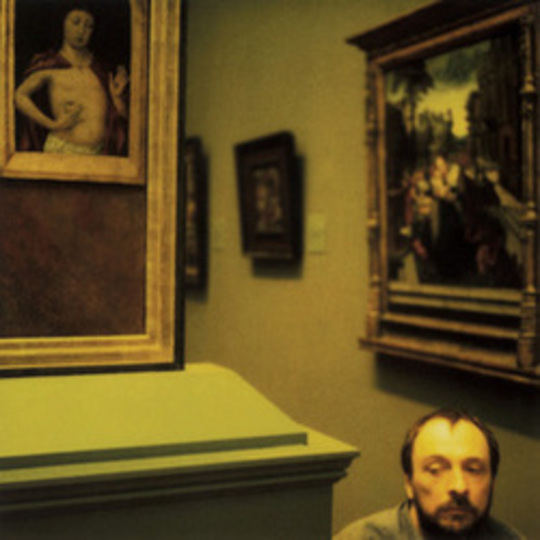 Vic Chesnutt doesn’t enjoy as exalted a reputation as he might. The Athens, Georgia singer-songwriter has been recording for close on 25 years, and in that time has enjoyed the patronage of actual famous people, like Michael Stipe and Emmylou Harris, as well as famous-among-you-lot individuals like Efrim Menuck of Godspeed You! Black Emperor and Fugazi’s Guy Picciotto, both of whom play on At The cut, his 12th solo album. However, his commercial reach falls some way short of a number of artist for whom he could be deemed a prototype: Will Oldham, Smog and Bright Eyes come swiftly to mind. This isn’t a lamentation, more an observation: Vic seems to get by just fine, has never given the impression he’s hungry to bulk up his public profile, and having been confined to a wheelchair ever since crashing his car in 1982, has, thereafter, seemingly confronted head-on the shit life throws at us all.

At The Cut is on one hand vintage Vic, on another a concerted effort to switch up his weathered game. 'Coward', its opening track, is a stormy affair. Whippingly electric, rusty powerchords stamp over the keening dignity of the violin part as Vic hollers lines like, “Courage! Born of despair! And impotence!” While he seemed a bit of a wildcard signing to the Constellation label – his 2007 album North Star Deserter was their first release by a non-Canadian act, a decade after their inception – the crashing histrionics are harnessed here in a way suggesting a good deal of common ground. This may, of course, have a lot to do with the album being recorded in the Hotel2Tango, where all the albums by Godspeed!, A Silver Mt Zion et al have been committed to tape (actually now a different building, before any hairsplitter obsessives pipe up).

The musicians on the album - eight in total including Vic - seesaw between country, folk and indulgent Seventies rock, never reinventing wheels but generally giving the lyrical matter its appropriate platform. ‘Philip Guston’ (an Expressionist painter) is another clanging rock workout, one that justifies use of the hacky critic’s adjective ‘brooding’. Equally reminiscent of Neil Young and Shellac, on paper the lyrics function as free-roaming poetry; sung by Chesnutt, lines are repeated a dozen or so times, adding weight to the simple, sledgehammer riff that thuds through most of the three and a half minutes. An Eastern European folk feel seeps into ‘We Hovered With Short Wings’, which hums with background ambience and faraway vocals.

The metaphor that defines ‘Flirted With You All My Life’ – the spectre of death dressed up as the anguishes of love and lust – is not especially difficult to wrap one’s head around, nor should it be. Chesnutt’s voice takes on a vaguely Dylan-esque croak as he throws a lyrical black tarpaulin over listeners everywhere: “When you touched a friend of mine / I thought that I would lose my mind … O’death you hector me / and decimate those close to me / Even tease me with your sweet relief / You are cruel and you are constant.” Those already au fait with our subject should notice the specific self-reference there: Sweet Relief was a 1996 album of Chesnutt songs, covered by REM, Garbage, the Smashing Pumpkins and, most remarkably, Madonna (presumably roped in by country-rock type Joe Henry, her brother-in-law at the time).

‘Granny’ closes At The Cut with another death-fixated lyric, Chesnutt eschewing his band for a pointedly stripped guitar-and-voice recording. I’m curious about his vocal take here, specifically its similarities to fellow Athens indie-rock celeb Jeff Mangum of Neutral Milk Hotel. Mangum actually co-wrote a song on North Star Deserter, but has no connection with this album; Chesnutt was putting his emotion-over-technique quaver on tape a good few years before Mangum, but it’s not unfeasible that he might throw down a respectful crypto-tribute. Maybe Jeff would consider pulling his finger out and return the favour?