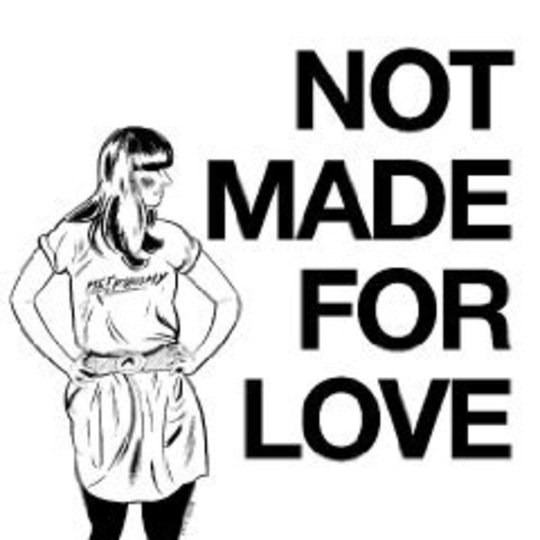 Metronomy’s EP follow-up to last year’s Nights Out is one of those funny, stopgap beasts. Neither new album nor simply a single, it offers a snapshot of a band in flux, immediately after Joseph Mount’s professed interest in reimagining how his music works in the wake of a reshuffle of band personnel.

Immediately striking is the downbeat sensibility of Not Made For Love’s three original tracks, compared with the more buoyant, dance-friendly majority of Nights Out. The title track initially sounds like one of the quieter moments off Hot Chip’s most recent two records: its delicate guitar-plus-synth backing and lovelorn lyrics echoing some of Alexis Taylor’s most oversentimental moments. Still, it’s a pretty thing, and towards the end a gentle brush of melodica is a nice touch.

Better are the other two originals. The heavily vocodered ‘What Do I Do Now?’ sounds a little like the sort of thing Darkstar might make if they’d grown up listening to Yazoo instead of UK garage, and gently cascading electro melodies place ‘Do The Right Thing’ directly in the box marked ‘Eighties nostalgia’. It couldn’t feel more reminiscent of Back To The Future, Ferris Bueller et al if it wore a baseball cap and a badly fitted check shirt. That’s not a bad thing at all: wistful female vocal harmonies and Mount’s aching sense of loneliness all add up to the best thing on here.

As with most such EP releases, the remixes on Not Made For Love are a mixed bag. Wild Geese’s take on ‘Do The Right Thing’ is terrific, a slow and pulsing house jam that wouldn’t sound out of place on a DFA 12-inch or Soulwax’s Nite Versions. The original’s heart-on-sleeve sentimentality has been almost entirely shorn away, leaving disembodied chants of “the right thing” to be dragged along by a rippling triplet melody and a sense of carnal desire that lands just on the right side of sleazy. Leo Zero’s ‘Not Made For Love’ remix replaces bedroom percussion with an insistent, lazy beat but lopes along fairly uneventfully for its entire length. After the full 11 minutes the next two tracks, both versions of the title track, operate under the law of diminishing returns – it seems there’s only so much mileage that can be squeezed from the same set of samples. Towards the end, Ebola does ‘What Do I Do Now?’ the service of offering an entirely different stylistic take, drowning the original version’s robot voice in aquatic bass and jittery junglist breaks to much more impressive effect.

It would be easy enough to dismiss Not Made For Love as ‘one for the completists only’ – but that wouldn’t be entirely correct. There’s easily enough of interest here to merit more than a cursory listen, even if only to catch a glimpse of Metronomy’s current trajectory and a fleeting idea of where Mount and company may yet end up.