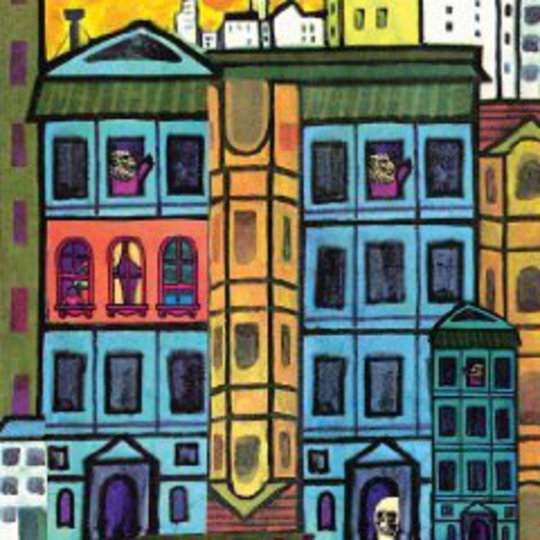 It seems only natural that California - the end of the road for the frontiersmen, the seekers, and the dispossessed of the American West - should have found a new spirit of expansion in the mid-20th century, one springing through the floors of dusty Hollywood lots, the orchards of the burgeoning microprocessor industry, and through the very strata of society itself as a newly-emerged and dangerously innocent youth movement charged headlong into the buffers of Berkley, Altamont and Watergate in much the same way their predecessors had the Pacific Ocean.

Like other Californian bands - BJM, The Warlocks, Wooden Shjips - Skygreen Leopards exist almost entirely within this metaphysical space. Ignorant of progress and drawing unashamedly from the nearly bone-dry well of whatever the Sixties meant or has been twisted to mean by time, The Skygreen Leopards make music that stretches back across the decades. Because whilst in reality they have been around for some eight years, on first listen it is genuinely impossible to tell whether their output is that of a contemporary band from the period or has emerged vacuum-sealed at some point since.

Their touchstones are apparent enough: the breezy acoustics of The Byrds’ Sweetheart of the Rodeo, the acid-fried glow of Grateful Dead’s Anthem of the Sun and the sepia-tinged melodies of Buffalo Springfield; all were showcased in the Skygreen Leopards' prior moves through hippie-commune folk, mong-drone, and old-school psychedelia, but it was their last album – 2006’s Disciples of California - and it’s deliciously laconic breed of country-rock that drew these influences out most effectively and now holds most tightly the hand of Gorgeous Johnny.

Effectively the second part of the same story, Gorgeous Johnny’s strengths are those of ‘Disciples...’. Whether it be 'Jehovah Will Never Come' and its forlorn appeal for secularity, or ‘Johnny’s Theme’, basking in organ-rays and a mist of dopamine guitar, the intimate production breathes in a way that reminds us of what is often lost in the bear pit of ‘hot’ mastering and infinite tweaking possibilities. There are subtle rhythms at work, and a mighty slice of song craft too. The title track, for example, gradually gathers traction, then lolls slightly before a palpatic riff drops in direct from 'Eight Miles High'. It wins at a canter.

But there are reservations too: sure, it's atrractive - and nourishing in its own traditional way - but The Skygreen Leopards at no point deviate from their template. And while this makes for a pretty strong and coherent aesthetic it’s hard not to conclude that they haven’t ultimately boxed themselves in, albeit it with the paraphernalia of a deeply romantic era. There's no tension, no fuss, no test, merely the sound of a band wholly at odds with any notions of modernity; in tune not with trends, or even an aesthetic, so much as something earthier...the seasons perhaps, because there’s no denying that Gorgeous Johnny has a latitude and a longitude... it’s the sound of a fading summer.