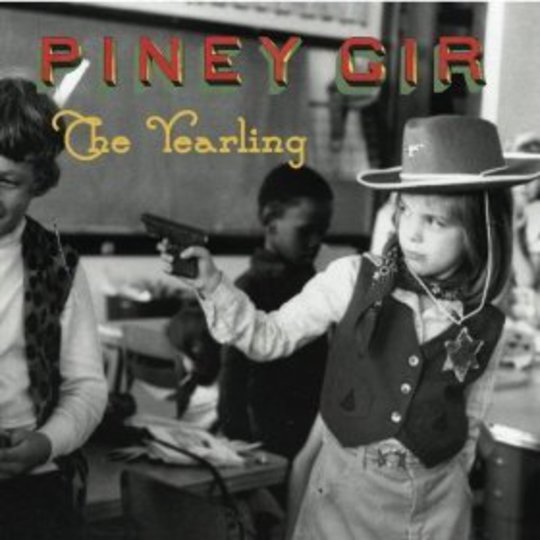 First off, a warning. I do not recommend listening to the album if you’re feeling a bit negative about your love life, for whatever reason – ructions in current relationships, the end of a relationship or singledom. Seriously. It’ll have you bawling before you know it.

Yes, the ex-Schla La La and eponymous leader of the Piney Gir Country Roadshow has returned, this time with a solo effort. As you’d expect, The Yearling is quirky, lo-fi and imbued with a DIY aesthetic which gives the album a particular charm. However, what is unexpected is just how much it ranges through different styles of songs. From the innocuous opening of ‘Hello Halo’, ‘Say I’m Sorry’ and ‘Blithe Spirit’, the album ranges from the self-pitying lament of ‘There was a Drunk’ (the refrain of which, “I’m really quite nice when I’m sober”, might resonate a little too closely with many listeners) to the pseudo-nursery rhyme of ‘Blixa Bargold’s Bicycle’ and the defiance of ‘Lion (I am One)’, creating a tapestry of somewhat mismatched ideas and motifs.

That’s not to say that the record is scattergun – it’s far from that. As you might expect from a set heavily influenced by country music, threaded throughout the whole album is a sense of regret, of vulnerability, of disappointed romanticism. That comes out in frankly heartbreaking fashion towards the end of the record on the double-header of ‘Love is a Lonely Thing’ and ‘Weeping Machine’ – if these two leave you cold, you’re a heartless beast. Indeed, you do end up wondering just what poor Piney went through during the creative process in order to come up with two such soulwrenching pieces of music.

It’s not all doom and gloom, though: final song ‘For the Love of Others’ takes a more positive tone, and rounds off the record in a more upbeat – albeit still contemplative – mood. It’s not always an easy record, it’s often a slightly subdued listen, and it’s a constantly quirky and emotionally involving experience. The Yearling won’t set the world alight, but it’s certainly a beguiling and satisfying little record that is a worthy addition to Piney Gir’s oeuvre.