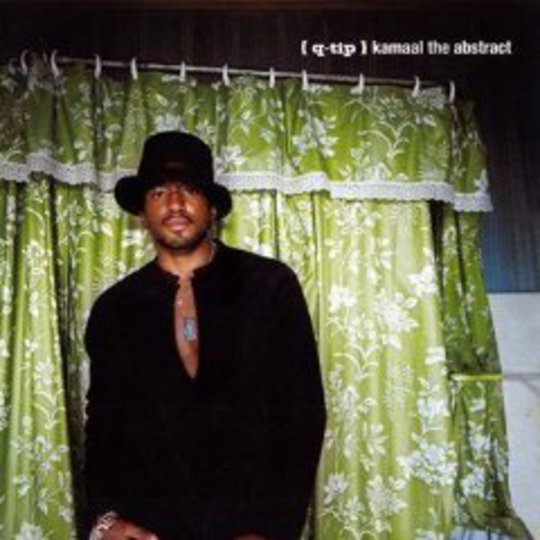 There’s history here, so let’s deal with that straight away. Q-Tip produced Kamaal The Abstract way back in 2001, but it was never released. Some classic record label tripe was thrown his way about its ‘lack of accessibility’. Since then, he’s gone on to release his ‘second’ album, The Reniassance, to worthy acclaim, while KTA has been on the backburner. Bearing in mind the way in which albums like Outkast’s Speakerboxxx/The Love Below and Gnarls Barkley's debut took the reins for the kind of ‘fusion’ offered on Kamaal… into the mainstream conciousness, it could seem like a record now dates, even, ironically, derivative.

Not the case. Q-Tip is one of hip-hop’s many elder statesmen, and seeing how Speech Debelle has won a Mercury, Mos Def makes a (slight) return to form and the omnipotent Jaz-Z bouncing back with Blueprint III, now is as good a time as ever to make his return. But where those other artists have played on the traditions of the genre, Kamaal The Abstract showcases Q-Tip’s fearless step out of line, creating an album that owes more to classic Miles Davis jazz, Motown groove and contemporary Badu/Scott soul that to his rhyme spitting past.

The opening triplet of tracks is the prime case in point. ‘Feelin’’ ebbs from misleading standard hip hop beginnings into a full blown jazzy rock stomper, with Hammond organ to boot. The funky-as-fuck ‘Do You Dig U’ makes you thank your lucky stars that Jay Kay has stuck to his cars, utilising a wonderful jazz collective to perfect effect. ‘Barely In Love’ and ‘Damn You’re Cool’ are wonderfully crafted pop soul anthems while the final three tracks, ‘Even If It Is So’ could keep those Tribe... lovers true.

The earnest nature of his lyrical musings isn’t diluted by the upbeat nature of the music. The aforementioned ‘Even If It Is So’ tells the story of a woman working “at Mickey D’s 10 to 5/Wal-Mart 6-12/saving up enough for school/her little girl is doing well” before flowing into a chorus of “de-bom-bom”. It may seem disingenuous, but it’s a perfect example of Tip’s lyrical positivity which has never been lost. His honesty is key throughout, both musically and lyrically.

The subtlety of musicianship on each track is quite brilliant. Tip has shown himself to be a formidable producer with the ability to harness each piece of musicianship to his own direction. It sates the musician’s palette perfectly and ensures a classic groove to each track, allowing a variety of instrumental nuances to permeate. There are drones of reverberated guitar, well-placed double time high hats, washes of syncopated guitar licks and false fade outs that demonstrate how meticulously Tip treated this album and, on that level, succeeded in his fusion mission.

The only real qualm to be had with ‘Kamaal’ is that it seems a bit aimless at times. While the album as a whole has enough diversity to hold interest throughout, each track works on one sole melody. That ‘classic groove’ needs that little extra kick up the arse to make each track progress and become truly spectacular. That’s probably where that unmentioned label had its issues, there’s no standout single. But, in all fairness, this album never set out to be flooded with chart topping sale enhancers.

Q-Tip has recognised that he needed a diversion from his own norm to keep his own fire burning, like any worthy musician should. There isn’t another ‘Breathe and Stop’ and that will probably appeal more to the old guard. 'Ahead of his time' is the wrong turn of phrase, but 'irrelevant' would certainly be even less accurate.