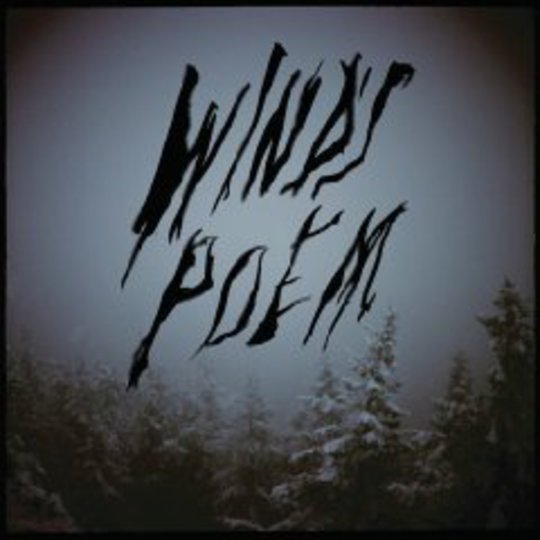 Over his long career, from the K Records days as auteur outsider with the Microphones to his recent solo-geared output as Mount Eerie, Phil Elverum has developed many contiguous lyrical themes. Chief amongst them is the theme of human's relations with nature, and the boundaries of nature and self. He grew up in the shadow of Mt Erie, surrounded by forests and lakes. You can imagine the young Elvrum somewhat askance from the world, skateboarding alone in a place with no paved ground, making his world in the grasses and the trees. Since then he has not abandoned the wilderness for the lure of the city, living in and around his home town of Anacortes for his adult life. In 2002 he spent a year without proper electricity in a Norwegian shack, in the process gathering material for an album and 144 page book both entitled Dawn. His photographic output is heavy with landscapes. His music is frequently concerned with nature, perhaps most succinctly summed up back in 2002 on the singles compilation Song Islands, when in ‘Phil Elvrum’s Will’ a notional account of his dying wishes he declared ”I want wind / I'll trade the traffic for the roaring waves”.

But with Wind’s Poem there is a sense that before this all was merely flirting, and now Mother Nature and Phil are going at it hammer and tongs. The album is on a Romantic mission to sketch the terrible, grotesque beauty of nature, to tap its darkness and majesty. And in the process perhaps to lose the self in some kind of sublime connection.

It’s part of the album’s strangeness that Elverum searches for a dialogue with natural forces. On ‘Summons’ Elverum implores the wind “Come revealer / come destroyer ... speak to me” in his soft curiosity-inflected voice (his poetry directly recalling Shelley’s 'Ode to the West Wind': “Destroyer and preserver; hear, O hear!") The dialogue takes on the character of mental illness on ‘Lost Wisdom Pt 2.’; “I think the screaming wind says my name / significance found in rocks”, as the perennial post-Darwinian difficulty of finding where nature might end and where we ourselves might begin is dramatised in psychological meltdown. And indeed at points Elverum completes the sublime transformation and becomes nature itself. On ‘Wind Speaks’ he chants “I am the river / I am the torment of tearing flame / I remove bodies / I hold void I have no shape”. This hints that ultimately he has no control of the dynamic transformations he exposes himself to, as on ‘My Heart is Not at Peace’ he softly intones “If my heart were at peace would it be a blossom satisfied / or would it be a stone?”

Questions of self bleed into political questions. In Wind’s Poem Elverum derives a nationalism from nature, citing the American continent’s “wild fresh heritage” as a basis for a love of his country. On ‘Through the Trees’, (an 11 minute sloW-core anthem built around sustained rough-hewn synths, like a Boards of Canada confined to world-weary Casiotone), he gently croons “I can see / the land of dreams / through the trees”. America obscured to an outsider perhaps, but more likely America as home of the natural: a nation redefined in Elverum’s own interests.

There's darkness here too, which he unveils by hitching the album to David Lynch’s cult Nineties supernatural soap-opera Twin Peaks. Angelo Badalamenti’s dreamwave electronics, that could convey idyll and cellar-dungeon in the same chord, are looped into a lo-fi grove on ‘Through the Trees’. ‘Between Two Mysteries’, opens with a synth lead lifted straight from the show’s ‘Laura Palmer’s Theme’, and lyrically references the series’ title. In between the glades, the overpowering oceans and identity-shifting winds there is the seamy rub of human evil that flourishes in disconnected towns and fragile suburban outposts.

And the music itself holds an immense darkness. The dense, percussive wall of layered synths and brazenly distorted guitars that usher in ‘Wind's Dark Poem’ stand as a revisitation of the kind of big sound experimented with on Microphones' Don’t Wake Me Up. But they also announce a new tone of ferocity and depth of darkness, an expansive hardness throughout the album. Not only did Elverum succeed in his aim “to make the loudest album yet”, but he also succeeded in presenting it delicately.

As a photographer, author, poet, musician, comicbook writer and label owner, it is always tempting to posit Elverum as a Renaissance man, but he is not that. The Renaissance man seeks to resolve contradictions in a totality, by bringing the world together in personality. Think Lars Ulrich or Sting. Publicity-shy Elverum is happy to let ironic opposites exist side by side, an artist shorn of the neurotic impulse to make their mark on the world at all costs. The Renaissance man’s garden was classical and ordered, his home the rational city. Elverum’s garden is vast and untameable, and he is of the American country. The Renaissance man seeks to hold a candle to the darkness. Elverum imagines the darkness, and makes music that is the stuff of darkness itself. Elverum is the long lost heir to Romanticism, creating heavy symphonies of limitations. This is a terrifying, wise album, sung by, in his own words, “the voice of an old boulder”.