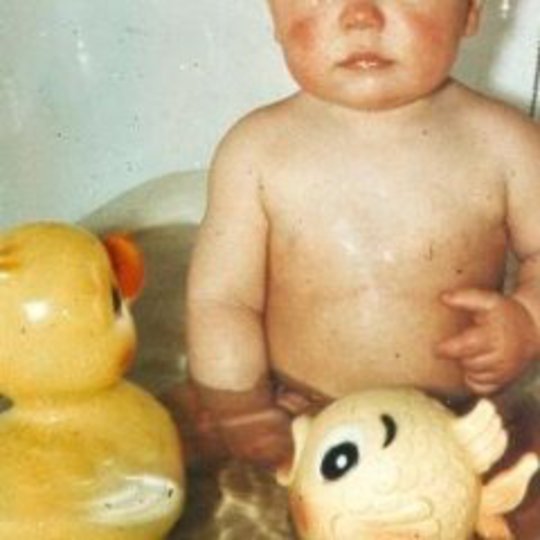 Which actually isn’t a bad way to look at the Lovvers' debut LP – raw, unchained rock and roll sexuality daubed in something to make it look pretty. The band have always been a tricky one to grab hold of since they first started making waves with their first seven-inch, a slab of chaotic punk rock that saw them lumped with Rolo Tomassi and other such hellraisers. But last year’s Think mini album found them drifting towards something more hook-laden, with melodic grunge taken the place of cathartic splattercore. As such OCD Go Go Go Girls is the logical progression – stripped down, hook-laden punk rock, with a little more than a dash of the US lo-fi scene added in for good measure.

Now, lo-fi’s not something to be debated here, especially given James Lawrenson’s at length discussion of it during his rather excellent review of Eat Skull’s latest LP, but on hearing this rather dramatic change of tack from the Wichita boys, I have little doubt that many will accuse Lovvers of succumbing to trend and, more pointedly, Americanophilia,

Which would be a fair accusation to level at Shaun, Michael, Henry and Steven. That doesn’t mean to say that it’s accurate. Honestly, I thought we were over this transatlantic rivalry by now, given the wonders of broadband cables under the sea and video feeds across the globe and oh, the small fact that every band coming out of New York right now seems to want to sound like Joy Division playing on My Bloody Valentine’s equipment. Cultural and musical cross fertilisation should be something we’re used to these days: let’s not forget that the jarring post punk of Wire is as key an influence on the lo-fi scene as the DIY of Minutemen.

In other words, get over it, and listen to the record. And OCD Go Go Go Girls is a real treat in many ways. Opening with the on/off punk scratch of 'Creepy Crawl', there’s a bounce to the new sound just as much as there is a hookiness. It might be coincidence, but to these ears at least it sounds like the boys have been listening to Wire: the chiming intro to 'I Want To Go (Go)' wouldn’t feel out of place on Pink Flag. But the most obvious reference point is The Germs – there’s the same 1-2-1-2 driving drumbeat and laconic delivery as Darby Crash’s misanthropic outfit. Whether or not the band are more than just a gumbo of their influences is debatable, but in all honesty, OCD Go Go Go Girls is so damnably fun to listen to that you really couldn’t care. There’s an appealing bite to the squalling guitars, the rhythm section never sounded this taut and quite simply, the songs are better than they have ever been. There’s a harmony that wasn’t there before, ooh oohs chiming in over those guitars, and even a slice at unhinged country punk on the aptly titled ‘D. Boon’. As much as I loved ‘White Lines’ it was never something I’d feel able to hum along to: not so with the twisting chirruping of the title track, nor the chained Buzzcocks snarl of ‘Human Hair’.

And in the end that’s what matters about this album. I’m not going to cheapen something made with such obvious care and attention – the layers of spiralling guitar work perhaps aren’t done justice by the new production – by simply tagging it as throwaway or ‘fun’, but that’s exactly what it is from start to finish. Lovvers have created an album which seems to sparkle with raw electricity, from the open wham bang right through to the throbbing chords and guitar meltdown of 'Wild Smiles'. It might not be completely original, but as the guitar finally squalls into low end distortion over hollered shouts, you can just picture those cheerleaders in front of the stage as the band royally tear it up. And what exactly is there not to like about that image?