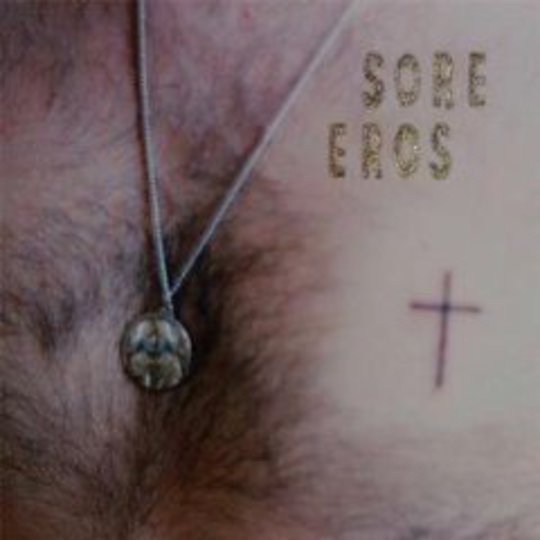 Connecticut’s Robert Robinson has been batting around the prospect of Sore Eros for nigh on seven years. Over that time he’s been something of a musical drifter, traipsing around the USA, releasing compilations and home recordings on his own Light Dead Sea Label. Along the way he’s assembled an impressive catalogue of collaborators, including the likes of Ariel Pink and Panda Bear.

Recently though, personal tragedy collided with serendipity in such a way as to give life to Second Chants, the ‘official’ Sore Eros debut album. While caring for his father who had suffered a heart attack, Robinson began work on some new songs in his spare time. Around the same time, he stumbled upon a tape of songs by his former high-school friend Adam Langellotti. Although the two had had no contact for a number of years, they reaffirmed their acquaintance over Robinson’s new music. The pair roped in drummer Andy Tomasello, and lo, here we are with Second Chants.

What they have come up with is an absorbing if slightly disorientating listen. At its heart, the record is made up of simple, constant core elements. The heavy pulsing bass, sleepy acoustic strumming, maudlin vocals and playful percussion are evident pretty much throughout. The trio have carefully constructed a distinctive sound that is entirely theirs. They intersperse the basic ingredients which odd splashes of brass, distortion and miscellaneous background noise, which for the most part keeps the whole thing from drifting into saminess. That said, it can‘t be denied that the record can sometimes feel a bit longer than its 39 minutes.

When it’s at its best though, Second Chants creates an intense, almost cloying atmosphere akin to the sultriness that permeates the air before a summer storm. This stifling feel provides the record’s most memorable moments, such as the brilliantly messy opener, 'Smile On Your Face'. It also can make for a bit of an overbearing listen, so all in all, it’s probably for the best that the mugginess tends to die down as the album progresses.

As it happens, and against all odds, the record makes a late break to become an ideal accompaniment to a woozy summer‘s day, as it exhibits a number of moments of devastatingly simple prettiness. Sore Eros shed a bit more light on the simple strength of the songs that was really always hidden there among the disorder. 'One By One', for example, is driven on by a pulsing nursery-rhyme rhythm and 'Whisper Me' illustrates their often buried knack for a delicate melody.

The lyrical structure of the songs is equally simple and is one of the principal contributors to the charming, almost childlike lack of sophistication that hangs around the album. The sweet, introverted sentimentality belies the warped throb that often hangs around it.

So, with an uncanny ear for nightmare-pop, as well as a well-disguised knack for the conventional fabric of a song, Sore Eros have given us a slightly bewildering debut. But spend enough time in its arresting haze, and you’ll be rewarded with a fulfilling listen.