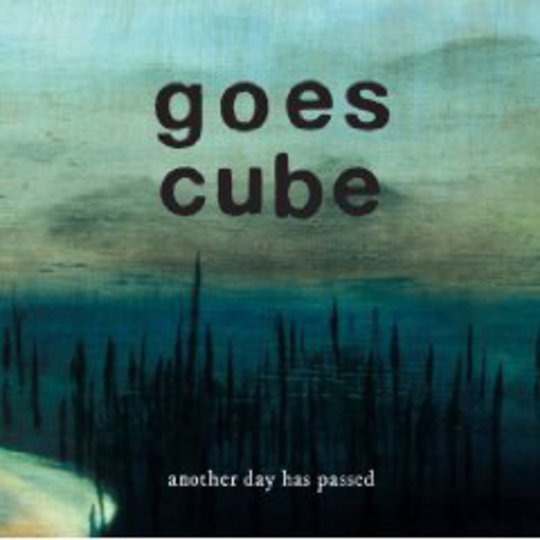 Musical taste can be a fickle old thing. Sometimes a band can do everything right, and yet leave you strangely cold. Take Brooklyn’s Goes Cube. In theory the kind of sludgey, riff-heavy stoner metal they peddle should be right up my alley. Yet something about Another Day Has Passed never really clicks. It suffers the terrible fate of being enjoyable enough to listen to but being the type of album you’d rarely actively want to put on.

I hope it’s not unfair to suggest that Goes Cube have at least some ambition to be the next metal band to achieve crossover support in the 'indie' world, in the vein of Mastodon, Torche or Baroness. There’s absolutely nothing wrong with that, of course: all three are excellent bands. But this perhaps sums up the greatest problem Goes Cube face – they can’t help but remind the listener of other, better bands. To the above list one could add Helmet; somewhat obscure yet sorely missed psych-rockers Gospel (conspicuously next to Goes Cube in my iTunes library), fellow New Yorkers Quicksand, and any number of other bands. In fact, ‘The Only Daughter’ is so reminiscent of Fucked Up’s ‘Black Albino Bones’ it’s hard to believe it’s not a direct lift, feeling oddly cynical and weirdly out of place.

To be fair, Goes Cube does mix together a lot of styles, from throat-shredding fury, to thrashy punk workouts, to ominous dirges. You certainly can’t fault their energy and enthusiasm, that’s for sure. But they only narrowly avoid a 'jack of all trades' situation at the best of times. The album starts promisingly enough; ‘Bluest Sky’ is a suitably ferocious two minute opener, complete with impressively twiddly guitar part and ‘Restore’ is slower and more menacing, but still deliciously heavy when it kicks off.

A few tracks later comes ‘Saab Sonnet’, which is a bit of a weird one: it’s pretty catchy and a nice change of pace, but something about its clean vocals and echoey guitar lines brings to mind the dreaded n-word – nu-metal. It seems a harsh thing to say but it really does sound the most Kerrang! friendly out of anything on the album and it, again, feels a bit misplaced.

But it’s after this, in the second half of the album where things start to fall apart a bit. Ironically, it’s around the point of ‘Goes Cube Song 30’, and its ¡Forward, Russia!-reminiscent name, that the ideas seem to start running out. In a genre where riffs are king, it’s unfortunate that later tracks on Another Day Has Passed are just not big or memorable enough.

I think the immense struggle I had trying to find anything to say about this album beyond "it’s alright" and mildly griping says about as much as the music does. There are some good ideas here, and it’s hardly unusual for bands to struggle to escape their influences on their debut album. Let’s just hope Goes Cube can build on what they’ve done right and deliver a record that’s truly their own.

[Another thing that possibly annoyed me more than it should have done: drummer Kenny Appell’s over-reliance on his double-bass pedal, possibly aggravated by the fact that the drums are horribly produced and thus make an annoying clicking sound throughout]