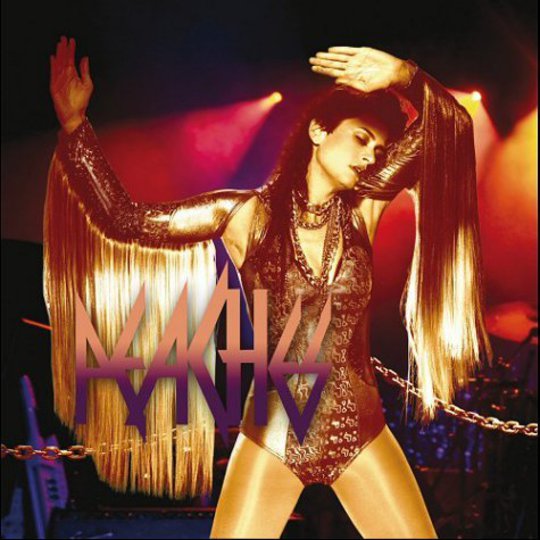 Once upon a time, Peaches was all about the nonstop Live-SeXXX show. In its shambolic way, her live-act was a Butthole Surfers for the electro generation – no wonder, then, her debut was a pretty thin affair: slogans and beats, and darkly muttered innuendoes that needed the visuals, the sweat, the sleaze. We all remember the Fatherf&%£er beard, but does anyone remember a song since ‘F&%£ the pain away’?

Yes, all the original elements are in place – the muffled thump of the kickdrum, the sinister pulse of fuzz-bass on the groovebox, the sporadic clatters of live drums (or clean samples) – nonetheless, by alternating disco-diva vocals with the snide tone of a table-dancer, Peaches has come the closest yet to delivering the song-based pop album she should have made years back. It’s still quite sparse, by anyone’s standards, but about half the songs here are, well, songs. That’s a start...

The rest of the time, the album’s haunted by the question of relevance – sleaze-rappers like Dragonette have had a dash of peach in the cocktail for years, and when someone like Robyn or Lady Sovereign gets her perv on it’s inevitable to think “here comes her Peaches moment”. In fact, when Yo Majesty drops by to lend some lyrics about molesting your mangina, it’s hard not to think of Old Greg from The Mighty Boosh, and then free-associate to Bollo suddenly breaking into Peaches best known number during his mate’s funeral... and the look of disdain from the rest of the cast. We’re in a world that’s happily assimilated Peaches without any resistance at all, and this kind of skitting’s a convention, remote from any forum where it might challenge or especially amuse.

True, with her hip disaffection, and comparative restraint, Peaches makes the schmaltz of disco marginally more bearable – ‘I Don’t Want to Lose You’ is her Donna Summer moment, underscoring the point that I Feel Cream is a pisstake of ‘I Feel Love’. Who’s it going to convince though? “Marginally more bearable” doesn’t make this more likely to get played on the dancefloor, and when Peaches separates her one-liners from her blank pop lyrics she misses her chance to get played over the likes of Annie and Robyn (“I drink a whisky neat / you lick my crow’s feet” / “Never go to bed without a piece of raw meat”). Ultimately, Peaches shows herself developing, late in her career, but unlikely to infiltrate the market she's targeted.