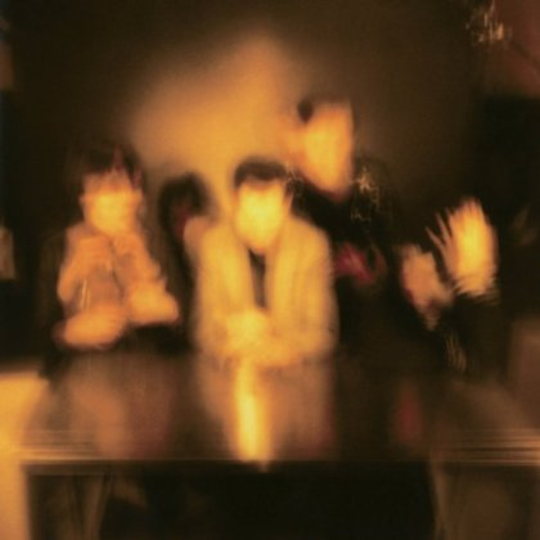 The surprise appearance of The Horrors' new single, 'Sea Within a Sea', has come as quite a shock to the vast majority who dismissed the band during their initial hype-fuelled rise. Where screaming excess and over the top clobber once held sway, the single’s video reveals a group of sombre aesthetes brooding over their instruments as they coolly erect an epic, eight minute wall of sound that slaps a motorik pulse onto the early 4AD catalogue, before slowly immersing it into a bubbling pool of kosmiche noise.

All this from a band who, until recently, were more famous for their tight trousers and haircuts than anything heard on their freakbeat inspired debut. Strange House wasn’t the turgid, forgettable affair some claimed it to be, but its punk-tinged, Screaming Lord Sutch antics and horror show B-movie shtick - a trick already perfected by The Cramps’ Lux Interior and Poison Ivy in the late ‘70s – lacked the weight needed to make a lasting impression on the wider landscape.

Two years have passed since the release of Strange House. The masses may have filed The Horrors away in the hyped yet forgettable folder during that time, but the band stayed busy. Various Horrors gave the public a glimpse of their broad record collections with DJ stints around London. Tomethy Furse and Spider Webb turned a love of the BBC Radiophonic Workshop into their excellent side project, Spider and the Flies, and the entire band reconvened to cover Suicide’s Shadazz for Blast First Petite’s Alan Vega tribute series.

In retrospect, perhaps 'Sea Within a Sea' shouldn’t have come as such a shocking surprise, but ultimately, attention spans are terminally short these days and no one can deny that the public’s gaze had started to shift away from the band even before the release of their debut.

Now though, all eyes are once again on The Horrors, and this time it’s not just the usual hyperbole prone culprits salivating in anticipation. Even typically level-headed critics are getting into a frothy mess over the sounds emanating from the black clad quintet’s sophomore LP, Primary Colours.

Those still unconverted to the band’s renewed cause are rightfully questioning this unexpected second wave of hype, yet something has become clear above the din of adjectives being tossed back and forth between journalists. The Horrors have done the one thing no other hyped to the heavens British guitar band has been able to do in the past ten years; they’ve given birth to a sophomore album that drastically improves upon its predecessor, and they’ve done it with considerable intelligence and style to spare.

Where once stood five carefully styled students looking to create a loud racket, Primary Colours reveals a confident, poised group of songwriters who aren’t afraid of acknowledging the sounds of years gone by while successfully sidestepping the pitfalls of pastiche. The influences are apparent and that can’t be denied. The Cure, The Jesus & Mary Chain, The Psychedelic Furs and every other black clad British rocker of a certain vintage have left their mark on Primary Colours. The pulsating chimes of opener 'Mirror’s Image' even tip a hat to Brian Eno’s early ambient work.

Detractors will naturally see the steady parade of influences as a chink in The Horrors’ dark armour. The band tap a source that has been exploited by every White Lie or Editor currently making the rounds. But where that lot apply a patina of mock gravitas to otherwise pedestrian songs and mistakenly identify certain brooding signifiers established by the likes of Joy Division as the essence of ‘serious’ guitar music, The Horrors, with the spectral vocals of 'Scarlet Fields' and the fuzzy swagger of 'I Can’t Control Myself' in tow, delve deeper on Primary Colours and grasp that what really lay beneath Ian Curtis and company’s moody exteriors was simply a group of adoring music fans. Music fans who refused to merely emulate and instead expressed a love of The Stooges, David Bowie’s alien escapades and the way-out sounds emanating from the Teutonic heartland by attempting to build upon, and occasionally tear down, what came before them. It may sound like a rudimentary point, but it’s only ever a constant few who appear to understand what it truly means, or entails.

Of course, it would be foolish to declare The Horrors new members of the musical elite and Primary Colours a landmark release - that’s something to be decided with the luxury of hindsight. For now, Primary Colours is a reminder that young British bands can actually progress to brilliant new heights, and perhaps, just perhaps, the occasional surprise in these media saturated times isn’t as endangered a beast as previously thought.

Video: The Horrors 'Sea Within a Sea'
Log-in to rate this record out of 10
Share on
Love DiS? Become a Patron of the site here »