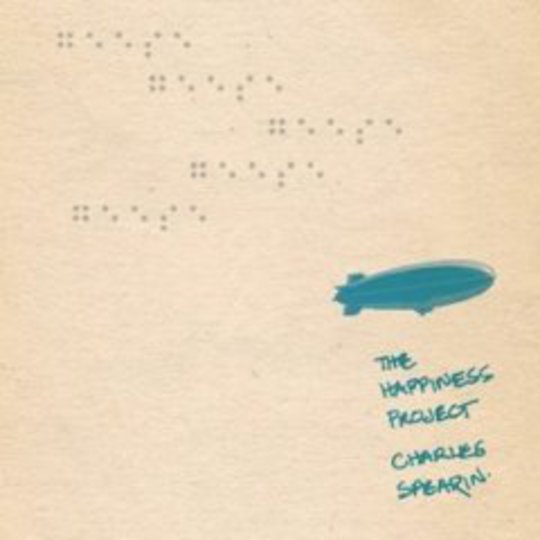 These are my neighbours. My wife and I have two little kids and live in downtown Toronto. In the summertime, all the kids in the neighbourhood play outside together and everyone is out on the porch enjoying each other’s company, telling stories and sharing thoughts. A year or so ago I began inviting some of them over to the house for a casual interview vaguely centred around the subject of happiness. In some cases we never broached the subject directly, but nonetheless my friends began to call it my “Happiness Project.”

So says Charles Spearin in The Happiness Project’s liner notes. He goes on to detail his objective: to blur the line between speaking and singing – utilising these interviews as a means of exploring the relationships between cadence, meaning and feeling, and ultimately attempting to communicate the abundant, accidental “melodies of everyday life.” His results constitute what could be deemed an authentic ‘feel-good’ album, as it does – in a manner both playful and sincere – emphatically fulfil that criteria.

If all this sounds a little fanciful, there’s little to report that might sway you. It’s a project not without pitfalls, evidently based around a central conceit idealistic enough to frighten off even the most starry-eyed of romantics. It works, however, precisely because it lacks any overt whimsy, and is helmed by Spearin in a positively indefatigable manner. Assisted by eleven Broken Social Scene / Do Make Say Think cohorts, he effectively captures the impulsive beats and wonder of human nature – tapping into his subjects’ life stories, attitudes and beliefs and emerging with a warm, often funny and completely endearing whole.

The interviewees in question are of key import. Reiterating their deliberations verbatim would diminish the enjoyment they offer, though ‘Mrs. Morris’ is certainly an undisputed highlight (you get the impression Spearin and his accomplices thought so too, given she bookends the set). One of the many tricks pulled on The Happiness Project is to mirror its subjects’ words with different instruments – Mrs. Morris, therefore, becomes a tenor saxophone, Marisa a harp, Anna a trumpet. In Mrs. Morris’s opening appearance her thick (Jamaican?) patois (“Love make you happy!”) – replete with swerves of incredulity, humour and deep-rooted values – is appositely reflected by the sax. Elsewhere, the trumpet that mimics Anna’s lilting rhythm eventually breaks out into vibrant life of its own, gifting the album its most joyous of hooks in the process.

The interviews provide this LP with a strong backbone, and each of the cast members intrigue in their own way, whether it’s the deaf woman recounting her first experience of sound (“my brain didn’t know what to do with the information” – ‘Anna’); the familial recollections of ‘Mr. Gowrie’ (“I grew up in a family of 14 children…”); or the puzzlement expressed by the children (“You must have fun sometimes at school?” “Well, yeah, but when it’s the end of school.” – ‘Vittoria’). Accompanying this small cross-section of society is instrumentation that for the most part paddles jazz-inflected waters – unsurprisingly perhaps, given the genre’s free-form inclinations, though bereft of any of the supercilious overtones it’s oft-associated with.

Glistening drones also play their part, and at various points over these 32 minutes it’s possible to glean numerous suggestions concerning our primary means of communication. While Spearin’s contemplation of how we convey meaning (in a manner intrinsic enough to be undetectable) is worthy, it’s his means of exploring these accidental melodies that forms the real crux here.

Fascinating social study, riveting musical experiment and enthralling exercise in philosophical anthropology – Charles Spearin’s The Happiness Project is at once all these things. More importantly though, it’s a brilliant and unique idea executed with real affection, and a genuinely heartwarming experience.