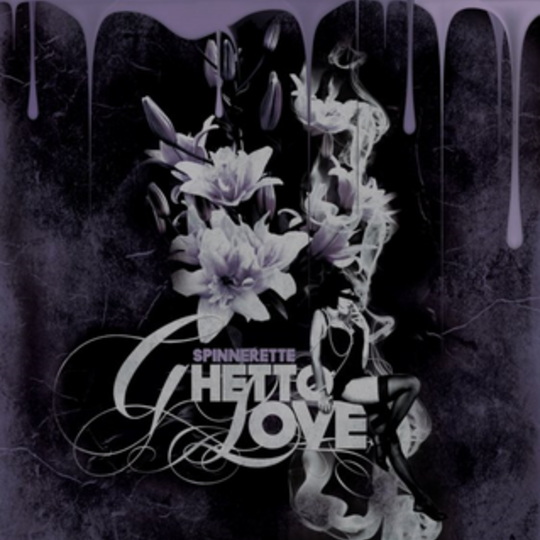 Brody Dalle is back. Perhaps better known as the front woman of The Distillers or the mother of Josh Homme's child, far from getting all motherly and mellowing, Brody's new guise Spinnerette is anything but middle-of-the-baby-food-aisle ‘mature’ acoustic blah-rock. There's just as much energy spiralling from ‘Valium Nights’ as there was on the whole Coral Fang album from five years ago!

Whereas The Distillers wanted to show you how hard they were, Spinnerette is a much more relaxed and seductive affair. She's still got bruised knuckles but Brody now knows which punches to pull. Title track ‘Ghetto Love’ for example, has a big rolling bassline with scratchy guitars snapping at its ankles. Dalle’s vocal delivery is less chaotic than you'd expect but as the track ends with a series of shrieks you still know who you’re listening to.

Dalle claims that Spinnerette is her and “whichever musicians she is playing with at the time”. This EP was written and recorded with Alain Johannes of Queens Of The Stone Age and Jack Irons (who has worked with Pearl Jam and Red Hot Chili Peppers). QOTSA’s influence is evident, especially on the stoner paced ‘Bury My Heart’, which sounds as if it was airlifted from Rated R.

Things may swirl and mutate but whatever comes next, that constant force, that beacon of smudged blood and punk spunk that is Brody Dalle will remain close to Spinerette's buzz-bitten bosom. Just don't call her a poor man's Courtney Love, alright?