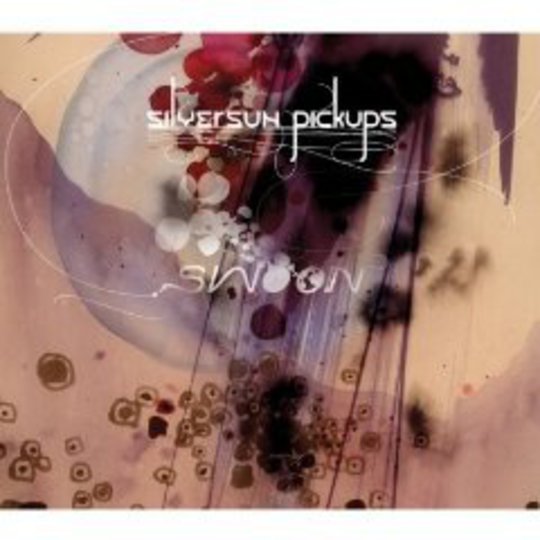 Listening to this album makes me feel old.

It seems such a long time ago I was coerced into listening to the newly released Machina album by my cooler-than-thou school mates. “Who is this baldy weirdo and why does he sing like someone’s shoved a 9-iron up his arse without so much as a ‘How’s your father’?” was my initial thought.

That’s not, you’d imagine, the same story that Silversun Pickups’ Brian Aubert would recall. Instead, I’m stuck with the disturbing mental image of a pubescent Aubert frolicking through playing fields, googly-eyed, holding aloft a magazine clipping of his po-faced idol, ecstatic that someone in the public eye finally ‘gets’ him.

Yes, I’m talking here about The Smashing Pumpkins and their divisive frontman Billy Corgan. His presence (rather than influence) seeps into the pores of Swoon, to such an extent that it invades everything from Aubert’s croaky wail, to the bassy fuzz of the guitars, to the outsider-with-superiority-complex lyrics. If imitation really is the highest form of flattery, Silversun Pickups must surely be his new favourite band.

All of which, would be halfway forgivable if the songs here matched the arena-sized hooks of Siamese Dream. It’s pretty clear from the word go that they don’t come close. Take the clumsy single ‘Panic Switch’ that barrels along at its hectic pace for almost six minutes without delivering a single memorable hook; or worse, the sonic dishwater that is ‘Growing Old Is Getting Old’ – a typically vague Corgan-esque title if ever there was one – a prime example of how to fall flat whilst gazing at one’s shoes. The whole sprawling mess sounds so painfully LA, so spiritually bankrupt and superficial that it feels strange that it lacks even a surface level enjoyment factor.

Some of this album is so bad (particularly the unbearable death wail of ‘Draining’) that the odd time the band actually delivers a half-formed melody, it’s hard not to get overexcited. Opener ‘There’s No Secrets This Year’ falls into the category of not-so-awful, as does the undulating ‘Substitution’, the only real point of levity in the record’s second half.

But that’s not to suggest there are any signs of evolution within Silversun Pickups. It is difficult to imagine any green shoots of individuality following Swoon, so entrenched it remains in its influences. Even a past-it Smashing Pumpkins ‘reunion’ with only Corgan remaining is more acceptable than this awful mimickery and that’s not a good place for a band to be.