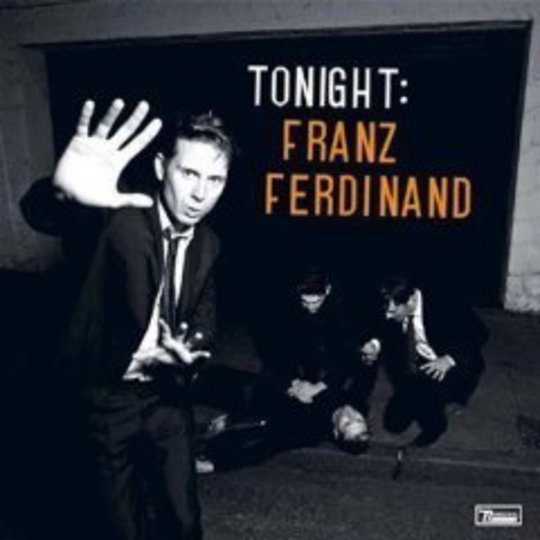 In case you hadn't noticed, Franz Ferdinand are pretty smooth. Back in 2004 they highjacked the mainstream like they were the last gang in town. With their sharp lines, nonchalantly economical songwriting chops and the cool sophistication with which they competed with the army of US leather and hair bands that descended on us at the turn of the century, they had us thinking that maybe this small island still had something to offer in the big stakes game of multi-platinum, international chart-bothering.

Though their second release, You Could Have It So Much Better, was seen in some quarters as something of a let down, it was - in hindsight - miles ahead of the pack - certainly when held up against the majority of their UK contemporaries. It simply represented a shift away from their asymetrical debut, when a repeat of which would have stunted their growth and only extended the low from which Franz Ferdinand have arguably only just emerged.

They were burnt out, you see. A wearying diet of incessant touring and the release of two albums in as many years led to an inevitable retreat to take stock, just as the following mob of sub-par bands broke the levy. They've been on the sidelines for some time now; three years if their protracted (and ultimately aborted) experiments with Xenomania producer Brian Higgins are taken into account. And such is the pace of change, with the reduced life cycle of modern artists these days, it's not hard to wonder if the audience for Franz Ferdinand mightn't have just gradually dissipated whilst the band aceeded their clearly apparent skills to the person responsible for writing songs for Dannii Minogue and Girls Aloud.

Thankfully, in the main, Tonight is evidence that after finally settling down with producer Dan Carey, they've gotten in touch with their original ethos - albeit it embracing their 'dancier' leanings at the expense of making such a singles-crammed album. 'Ulysees' is bursting with rhythm, displaying the band's willfull move to slow things down a little whilst freeing up the fringes to swing that bit more. Similarly 'No You Girls' expertly mines that vein that Kapranos and co. have had down cold since 'Take Me Out'. Its slinky grooves and seedy coaxing vocals work their way through to such a fevered chorus that you start to suspect that it was perhaps wrong to forget about them in the first place. But then the veneer slips and you start to realise that there’s too much on Tonight that is only half-great.

'Turn It On' is frankly best skipped, its redeeming feature being that it is eminently forgettable - a virtue only enforced by it being sandwiched between the album's two best tracks. Likewise, 'Send Him Away' is more jaundice than jaunty, a bloodless meandering b-side at best. That’s the rub; for every killer song here there’s a ghoulish approximation that ought probably to have been annexed, worked through, or kept for use on the periphery. That Tonight has had something of a troubled birth is evident not just in this respect but also in the way in which it simultaneously pulls in a number of directions.

The vaunted dance influences are focussed predominantly around the centre of the album and nod in the main to late 1970s and early 1980s dance floor trends, rather than the more esoteric routes down which dance culture has moved since then. 'What She Came For' assuredly thrusts its way past the huddled geek-with-a-dirty-keyboard-sound and a loud shirt. With a gaggle of women on its arm, it starts busting out the moves right there and then - an out-front disco dancer. The bass echoes some twisted version of 'Last Night A DJ Saved My Life'. Seriously. Franz Ferdinand have become like the alien intelligence in The Thing, sprouting unexpected appendages, subsuming themselves into a range of hosts, impossible to categorise.

'Lucid Dreams'' passage into electronica has been hailed as some kind of crossover masterstroke. It's not. It doesn’t represent the paranoid confusion that emanated from Kid A, the laser precision of Death In Vegas, or the chaos of Holy Fuck. It represents high experimentalism for Franz Ferdinand, granted, but is pushing boundaries on those narrow terms only, a move to widen their future horizons rather than get them there at this very moment.

As the album winds down, 'Dream Again' comes over a little like the slower aspects of underrated and sadly defunct fellow Scots, The Beta Band, before a delicate reprise of 'No You Girls' comes in the form of 'Katherine Kiss Me' – a plaintive, acoustic, folksy moment. Like so much of the album, it’s at odds with coherency, a characteristic that only makes sense when read in terms of Alex Kapranos’ vision of Tonight as representing the journey through the darkened hours in pursuit of thrills. Indeed, looked at in this way the album does begin to make loose sense; the relentless skitting from one scene to another equating to an underlying heroic determination to make it to the dawn. A messy night is certainly schizophrenic and non-linear, though in this situation it might not be quite as deliberate as they would have us believe...

When all’s said and done, Tonight actually leaves Franz in a position of strength. They’ve defied compartmentalisation again, managed to avoid crippling themselves in their dramatic reduction of outright 'singles' material, and left the door open to a number of future experiments. Unfortunately it just means that Tonight becomes a makeweight.