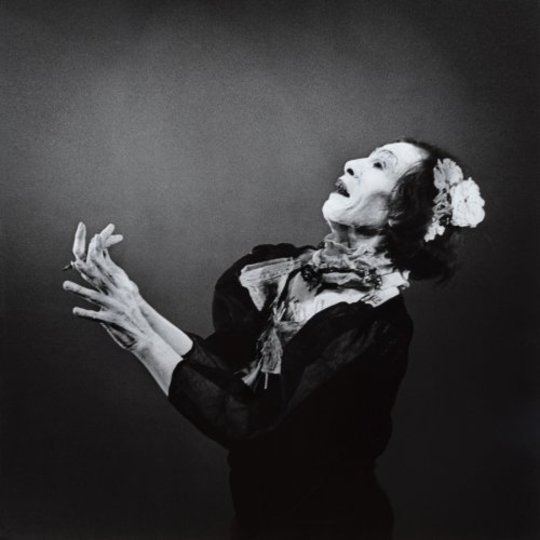 When we last heard from Antony Hegarty (as writer, rather than as Bjork / CocoRosie / Hercules & Love Affair guest vocalist), every line and note yearned for another world, another gender. That theme was threaded through the debut album from Antony & the Johnsons, underlying the songs about masochism (feminine sexuality, fantasized from without), songs questioning religion, and songs clutching at transcendence in the ecstasy of singing (the bloodless, bodyless high of a long held note). The follow-up found an outspoken community – an almost unprecedented show of solidarity from more or less queer and genderqueer performers – who never had such a receptive audience without a heavy measure of camp.

On The Crying Light, the five-year hiatus is matched by a thematic aporia: what comes to the listener from the darkness and space of this album, with all its rests and slowly unfolding figures – is that Antony may have discovered his long-desired world, only to realize, with tragic timing, that we all collectively neglected the physical world, of which we’re supposed to be stewards or guardians, whatever your religion or ideology. Peering closely, the dark stillness of this album is multi-hued: its fulfilment is counterbalanced with mourning; suggesting it’s a place of peace to escape from the fear of loss on a global scale.

Many of these songs have already been reviewed in the context of Antony’s stunning Hallowe’en performance at The Barbican, with Nico Muhly conducting the London Symphony Orchestra. Only three or four songs provide an obvious continuity to the previous (near perfect) albums. Forthcoming single, 'Epilepsy Is Dancing' (track 2), has an immediate infectiousness and a buoyant oboe part. Its lyric cut me in quadrilles / leave me in the corner / ooh, now it’s passing / ooh now I’m dancing" is echoed in 'Kiss My Name' (track 4), "dancing through the stations / call my name / kiss my name / I’m trying to be sane" where the curlicues of strings are even more ornate. The simple images (and deceptively simple rhymes) are so familiar they’re almost impersonal, but there are lyrical twists (matched by musical ones) that suggest Antony’s limiting his verbal palette so as to force himself to express the nuances. The opening track – 'Her Eyes Are Underneath the Ground' – is almost begging to be appropriated for the funeral sequence in some Oscar-friendly Hollywood-movie, but opens up a weird personal mythos with the lines: "I saw six eyes glistening in my womb / I felt you calling to me... in the gloom / rest assured, your love is pure".

This deliberate lyrical restraint (and refusal of irony) is most evident on 'One Dove', which opens with an unapologetically idealized vision of love, and images that should be schmaltzy: "in starlight you came from the other side / to offer me mercy / from your skin, I am born again / I wasn’t born yesterday". The song sets an idealized, celestial scene, or a pristine stage for Antony, surrounded by purple velvet curtains; there’s minimal, jazzy percussion, and a caressing oboe-line that blends almost indiscernibly with a more delicate second vocal. What’s interesting is the arrival of ripples of electronic noise, and scrapings as the song ends... dawning on a more realistic world that isn’t exactly threatening, but can’t sustain such ideals for long, either. It’s a nocturnal, urban counterpart to the longest song here, 'Daylight and the Sun' (track 7), which paints the world at daybreak, ray by ray; both, in turn, overshadowed by the environmental devastation lamented in 'Another World'.

On first impression, only two of the songs ('The Crying Light' and 'Aeon') seem significantly less adventurous, perhaps even a step back. Nonetheless, both reveal their charms in time: the instruments of the title-track follow a simple scale to draw rainbows (the brightly coloured progression describing semi-circles) as Antony narrates a Promethean poem of bringing light to the listeners. 'Aeon' (track 8) surrounds the listener with multiple facsimiles of Antony warbling at his most libidinous, the voices placed almost at strict cardinal points in the mix (like a nightclub full of clones, hitting on the listener), and all this over a leisurely two-chord arpeggio on an electric guitar. With its operatic moans of "ooh! my baby boy", lust this naked is almost creepy, but after an album of stylized vocals, the sensual, masculine growl of "that man I love SO much!!!" blazes with erotic energy when it arrives, and as the guitar increases in volume, its natural distortion adds a rich texture, as voices and woodwinds blend beneath.

The final pair of tracks highlight the musical distance travelled, even in such a compact album: 'Dust and Water' mangles its syllables into a spell or hex, in some lost Middle European language; placed over the subtlest string drones, microtones apart (sketching only a dark horizon). On the final track, 'Everglade', the musical reference points are far more obvious: it’s in the tradition of Ralph Vaughan Williams appropriating English folk melodies, and orchestrating them, (making it a musical return home for Antony (although it’s not far off Morricone’s soundtrack for The Mission either).

For many listeners, it might take a while to shed the weight of expectation, but whereas mediocre albums are frustrating, this feels familiar already, with only a hint of wistfulness for all the possibilities imagined, and that’s passing. Antony’s put aside the duets, the high drama, his most idiosyncratic themes, and hasn’t yet explored more detailed narratives (like, say, Joanna Newsom). On The Crying Light, Antony acts as a conduit between popular music and the avant-garde, and if that’s not a mark of greatness, what is?