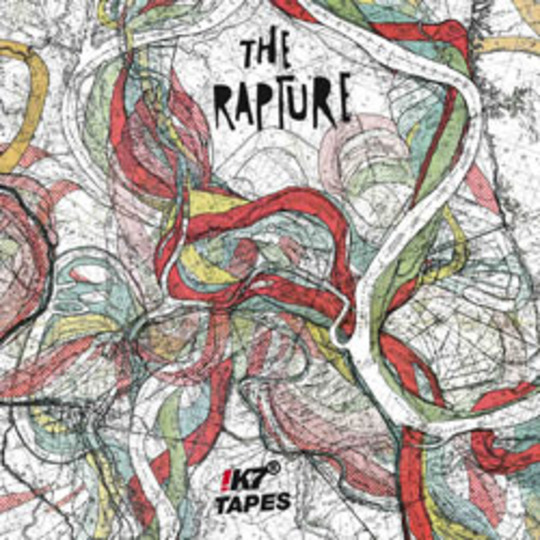 The latest group to compile a mix for the !K7 label is New York electro-scuzz combo, The Rapture; and an unusual compilation it is too. Initially thrilled to see The Undisputed Truth kick proceedings off, I was sorely disappointed that ‘Earthquake’ lasted a mere 32 seconds before being poorly cut into Ghostface Killa’s ‘Daytona 500’. Thankfully, the quality of mixing improves with (mostly) seamless beat matching and some deft cutting between the classic and contemporary.

Building to the more straight-ahead house-disco grooves associated with the band, Tapes takes the listener on a trip from low-down Memphis R&B (The Bar-Kays’ Holy Ghost), hip-hop (Junkyard Band’s ‘The Word’) and electro (Northend’s Tee’s Happy) right up to current dance floor fillers.

The earlier part of the mix relies heavily on funky basslines (as can be found on Arcade Lover’s ‘Fantasy Lines’) offering up an insight into the music that clearly defined an era of the band’s native New York. The inclusion of Don Armand’s vocal parody of ‘I’m an Indian too’ is an inspired trip into the chic of disco and acid house.

Midway in and deep house classic ‘The Passion’ (Kiloo and Phonique) announces the start of the more recent club anthems, and it’s here that the mix starts to expose us to newer smashes such as the electro magnificence that is Syclops’ ‘Where’s Jason K’.

This is far more than a band earnestly attempting to show us the best bits of their record collection: the 22 tracks that comprise Tapes convey a concerted effort to bring a sense of history together under the banner of the groove.

Though the band are by no means no superstar DJs, the enthusiasm for the music they love is all too apparent. If anything, Tapes will send you digging for the full versions of some fine, forgotten tunes – and that’s no bad thing.