Love Is Overtaking Me 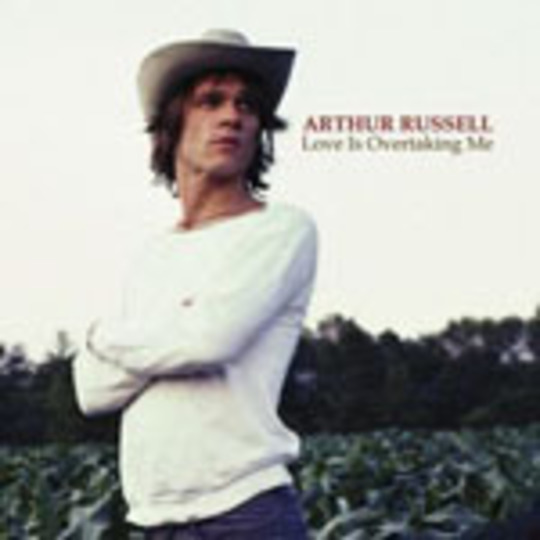 Maybe it’s how weirdly enjoyable Russell’s music is, but in the spate of reviews for his re-released albums, no-one seems to be dwelling much on the “tragic early death from AIDS, etc.” This is a fact, but not a factor. See, Arthur Russell made tremendously unlikely music throughout the 80s (cello-led disco?!); collaborated with Allen Ginsberg, Phillip Glass, and various Talking Heads and Modern Lovers; and the handful of fully realized albums now available don’t need any elegies or myths of what-could-have-been to justify discovering them. Plus, we have this compilation of non-album tracks and singles (Love Is Overtaking Me), to trace Russell’s musical evolution from the mid-70s to the mid-80s, or rather to summon some nostalgia for his rural youth before he came to NYC, through the cowboy songs he covered, and the country-tinged pop he wrote alongside the better known songs (goto myspace.com/anotherthought ).

Assuming that there are only a small number of Arthur Russell aficionados already out there, it makes more sense to address those of you digging Alt. Country – depending how much you dig it, there are either one or two fairly splendid albums embedded in these 22 songs, running to 64 minutes in total. While this starts out as an easy listening but never-quite-sickly take on Country – the gradual experimentation between 1974 and 1986 means that you can literally hear Arthur Russell inventing Smog, Lambchop (‘I Forget and I Can’t Tell’), Yo La Tengo (‘Habit of You’), and, best of all, Magnetic Fields (‘Janine’, the deliriously poppy ‘Big Moon’, and Russell's own favourite, 'The Letter'). Whatever the actual degree of influence, only Magnetic Fields (with their mannered male & female vocals, cellos, and programming) really straddle both sides of Arthur Russell. It’s a little sad to think that Russell never had a fraction of the (limited) success of any of these, but it’s in his striving for a new pop sound that he matches the idiosyncrasies of each, with a further decade of new equipment and production techniques available to them, and consistently makes his own process seem like a leap in the dark.

As mentioned above, there are a couple of good albums in here, depending on how authentic you like your country music. Personally, I’d start at 'This time Dad, you’re wrong', where Russell’s delivery is most like Kurt Wagner from Lambchop, and the sentiment has a wry humour for never quite explaining the title-lyric (what? that disco shouldn’t have cello? that gayism is bad?). A personal favourite is 'What it’s like', the longest, and most instrumentally-detailed track here. Basically, the song starts off like Smog putting some dirt into Eric Clapton’s ‘Wonderful Tonight’ – with a simple narrative of a country girl confessing her sexual adventures in the cornfields to her priest; she had to know, but that doesn’t mean she doesn’t love Jesus, right? When the horns come in halfway through, think ‘Fistful of Love’ by Antony & the Johnsons – this may lack the punch, as it were, but a bit of light perversion always keeps the session-players awake, and putting some feeling into what would otherwise be pastiche. Russell also happens to be one of the few people you could compare, vocally, to Antony Hegarty without having to devise some disclaimer, or “but…”

Yes, there are better places to start with Arthur Russell – only the final track here (‘Love Comes Back’ from 1990) actually shows off Russell’s cello-led signature sound – but this is a worthy release in its own right, and one for the Magnetic Fields-devotees out there, pining for another Charm of the Highway Strip, or anyone who prefers (contented, Joanna Newsom-era) Bill Callahan to (murky, Chan Marshall-era) Smog.