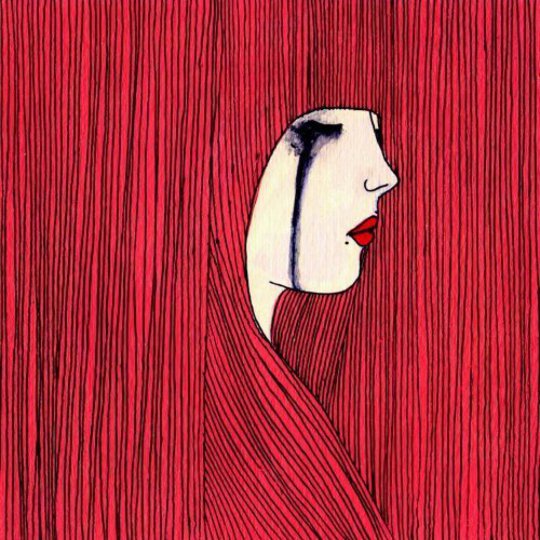 "So, they’re the alt. folk Garbage" says a friend. Well, yes, if the element of manufacturing by the guy behind Mark Ronson’s Versions matters to you, but Garbage made highly produced goth-pop sound like a good thing (if only for one album). Headless Heroes are immediately an intriguing prospect, not far off Lightning Dust; in fact, half the tracklisting leaps out like a compilation you might make for your new paramour, provided they’re slightly morose, and drawn to the darker end of indie and/or folk.

Daniel Johnston’s 'True Love Will Find You in the End' was covered by Papa M (i.e. Dave Pajo of Slint) on his first release as a folk artist, and feels like an ancient standard, appearing here. 'Just like Honey' by the Jesus & Mary Chain was always going to work well with female vocals (the JAMC are like Dylan in that respect: made for covering). 'Here Before' was the highlight of Vashti Bunyan’s comeback record, however, and may be impossible to improve. It’s a mature woman’s reflection on the mystery that her own children connect her to eternity, and you’d need to call up Emmylou Harris or Joan Baez to come close, let alone add anything to her delivery, or to Kieran Hebden’s arrangement. Still, it’s also impossible to mess up. 'Nobody’s Baby Now' pulls off the same trick as 'Just like Honey' – in this case, Nick Cave’s lament for PJ Harvey sung by a female vocalist.

Two problems emerge, though: are the arrangements intentionally metronomic, shorn of grace notes and glissando? Also, why risk such a wide timespan, and then expect the collection to cohere? Alela Diane (she of the Pirate’s Gospel) has a bold, strident, distinctive voice, and yet she seems to have been instructed to lock into the instruments, and let the feeling be carried by the lyrics. She may have more technical range than (say) Nico, but much less emotional range. After several listens, nothing from the second side has proven to be a grower (although David Holmes’ strings are as you’d expect). Put it this way: the fussiness of the instruments make you picture… faceless players and their instruments, or maybe dark velvet stage-curtains behind the vocalist, but never landscapes, cityscapes, skies, forests, flora & fauna. It’s also become apparent that the first side is more interesting as an exercise – what if it were Polly Jean protesting that Nick tore her letters apart? What if a woman sang that JAMC innuendo about "her honey-dripping bee...hive"? Well, now you know – she’d sound slightly peeved. The Raincoats covering 'Lola' it ain't (girls who like boys singing about a boy who likes a girl who’s a boy who likes... who knows?).

Maybe there's a subjective gripe here: because Headless Heroes most closely resemble Lightning Dust (for instrumentation, genres touched on, and vocal tone), they suffer by comparison. The latter are the side-project of Amber Webber, co-vocalist of Black Mountain, and a personal favourite female singer in all of contemporary US indie. Alela Diane just isn't up to that mark, at least not on this record. Less subjectively, this makes both of the classic mistakes of many covers records: it shoots for "authenticity" by mixing its decades and genres too much, whilst assuming that re-arrangement of well-known songs according to another set of genre conventions is e ipse a good thing, rather than bringing out the extant melodies and adding harmonies (as the Byrds, Beatles, and Hendrix all did, but always within their own style). As a thematically organized covers collection, this is somewhat more enjoyable than Strange Little Girls by Tori Amos, and at its best, not far off American IV by Johnny Cash, which has a similar mix of dark songs from the 1990s and older murder ballads, but (conceptualist) Eddie Bezalel needs a tighter theme for the players – however accomplished – to hang their arrangements on. The Silence of Love? This is neither silent / subtle / intimate nor is it loveable.

Disclaimer: the reviewer was not aware of the Mark Ronson connection during the first 4 or 5 listens; the fact that said DJ causes the reviewer to spit and cross himself should not be considered a mitigating factor.