The Blood Of Life 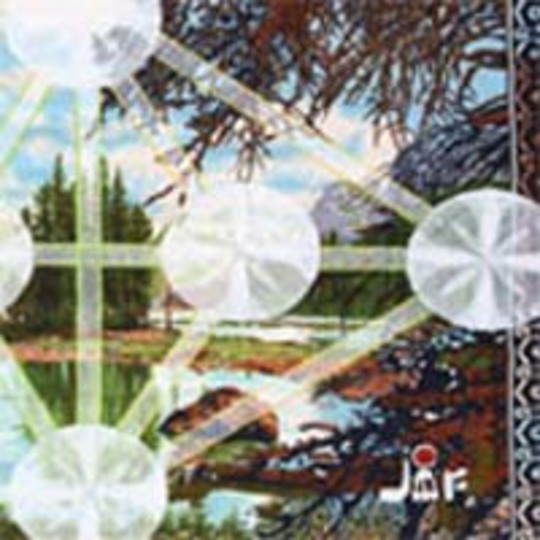 Ever since the release of their beloved Fig. 5 album in 2000, Portland’s Jackie-O Motherfucker have been carving out their own mind-bending niche in the dusty basement of modern popular music. A flood of releases on labels including Thurston Moore’s Ecstatic Peace and ATP Recordings has built the collective a hardy following for their spare, minimalist music.

Newly signed to Fire Records in the UK, Jackie-O make their debut there with The Blood Of Life, a live radio session featuring three reworked tracks, a traditional and one new piece. Rather than a tossed-off stop gap release, this lavishly packaged set of recordings marks another intriguing insight into band-leader Tom Greenwood’s ghostly realm.

The first four tracks retain relatively standard song structures, arcing out over time and space, like the inspired re-imaginings of ‘The Grave’ and ‘The Valley Of Fire’. The traditional, ‘Lost Jimmy Walen’ stands out from the originals as the only track which breaks out of the druggy pacing. The group explores its improvisational side on the title-track, an 18-minute finale largely built on a one-note guitar refrain that evolves upwards and outwards like a slowly dissipating billow of smoke.

Tom Greenwood’s voice – an instrument used to a larger extent here than in their earlier work – has a country-ish twang to it, playing companion to two delay-drenched guitars and some very restrained drumming, creating a sound not too far away from Iron & Wine riding a wave of valium.

As with last year’s Valley Of Fire, this album reveals a portrait of a constantly evolving band with the ability to intrigue with each new step it takes.