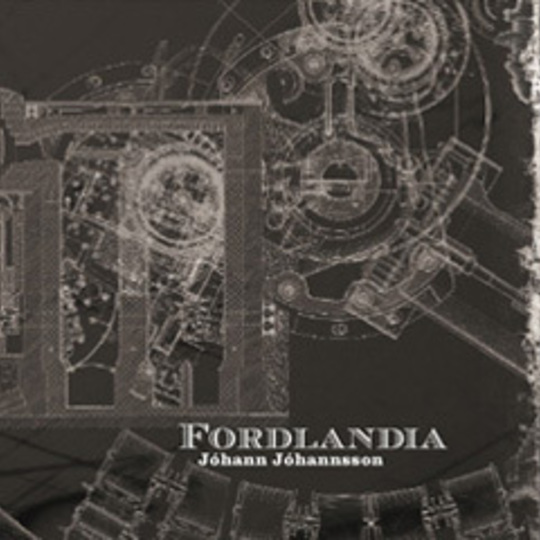 You'd be forgiven for thinking that a set of three albums dedicated to exploring mankind's relationship with technology sounds a little excessive, even arrogant. However, 80+ minutes after hitting play on Jóhann Jóhannsson's second instalment of his trilogy, any erstwhile cynicism is swept away by this record's sheer sonic poise, juxtaposing moments of breathless delicacy with waves of bristling, visceral power.

Title track, 'Fordlândia' sets the precedent for the album's progression as soaring strings slowly rise above ricocheting electronic pulses, gracefully gliding the song into a melancholy head-spin. Indeed, it's the Icelandic composer's ability to seduce listeners into a complete musical dream world that separates Jóhannsson's remarkable talent from his closest contemporaries, notably Max Richter. This is certainly something Jóhannsson has built on since 2006's ambitious IBM 1401, A Users Manual, developing an increasingly organic fluidity in his compositions; an intricacy occasionally overlooked in the often rather taut, rigid structures of A Users Manual. Take 'The Great God Pan Is Dead' for example; whereas an Englabörn-era Jóhannsson would have been liable to cut short the repeated refrains of the haunting medieval chorus to make way for yet another idea, the Jóhannsson of today is happy to let his designs unravel at a less frantic pace – allowing the choir's stirring falsettos to gradually fade into the viola driven coda of 'Melodia (V)'.

Perhaps Jóhannsson's most commendable strength, though, is his ability to project an air of tactful restraint, ensuring ‘ Fordlândia remains just the right side of self-indulgent musical grandiosity. 'The Rocket Builder' illustrates this perfectly, with meandering piano swirls and intimidating string sections steadily building up only to cascade back down to earth again without ever achieving lift off, a subtlety a lesser composer would have overlooked in search of a more obvious conclusion.

If a fault is to be found with this record, it's indeed a most pedantic one: because despite Fordlândia being technically impeccable, emotionally hard-hitting and impressively original, Jóhannsson's previous dalliances in composing scores for Icelandic art-house cinema unfortunately shine through. Whilst this is certainly only a minor blemish, some areas of the record regrettably take on a distinctly soundtrack-esque atmosphere, with many themes being repeated once too many during the course of the album; leaving one wondering whether Jóhannsson would have perhaps been better off placing less emphasis on the theme of the record, and concentrating instead on ensuring his inspiring arrangements remained completely fresh to the very last chord of the album.

Still, this is a small price to pay for an LP that manages to pull off a seemingly impossible feat; an ambitiously themed, leftfield, modern classical album that not only impresses, but totally enthrals. An achievement well worth investigating.