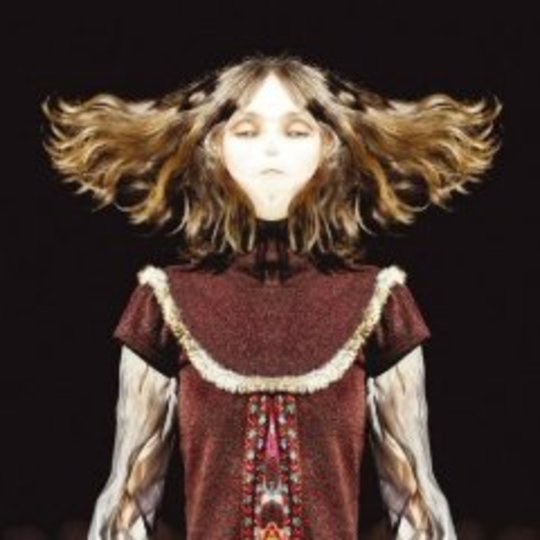 If it’s strange career trajectories you’re after, do take a look at that of Juana Molina’s: en route to the exquisite musical tapestries she currently trades in, Argentinean comedy series and a successful sketch show were both traversed (indeed, it’s for the latter of which she purportedly remains better known in Latin America). It’s almost…almost like one half of a famously well-spoken UK comedy duo coming into his own as the acerbic lead of a ridiculously good US medical drama. Minus, you know, the completely different art form and that. But, really, enough with the increasingly irrelevant preamble; what we’re concerned with here is Un Dia (‘One Day’), Molina’s fifth album, which – while throwing no curveballs and sticking more-or-less to the template she’s been refining the past 12 years – remains a generous, thoughtful and adventurous listen.

Commencing with the title track, Molina’s vocal leaps nimbly among a looped, skittering bassline, computerised whistles and skronky, propulsive sax. As an opening gambit, it’s as knowingly rich as anything found on 2006’s superb Son album and joyfully effervescent with it. Molina has the uncanny knack to entice and hypnotise with her musical collages (particularly in a live setting, where she’s something of a revelation: KT Tunstall cranking out ‘Black Horse And The Cherry Tree’ this is not, as loop pedals and all manner of instruments entrance to dazzling effect, six nylon strings steadfastly the centre of her expansive musical world), and on Un Dia she seems more comfortable with her gift than ever.

Highlights are rife; not least the aforementioned opener and flirtation with discord that wonderfully informs the ever-so-slightly jarring backdrop of ‘Lo Dejamos’, set alongside a mounting percussive drive and the sort of understated lead vocal Molina can seemingly pull off in her sleep. The textural bliss of penultimate number ‘No Llama’ too – where coalescing picked guitars freewheel over an ever-stronger melange of vocals, percussion and aural loveliness seeing the use of almost every brush in her crowded sonic palette. Elsewhere, occasional lapses into ambient noodling are more than made up for by the heady repetitive stride of cuts like ‘Los Hongos De Marosa’, and ‘¿Quien? (Suite)’.

Worth pointing out, perhaps: this isn’t an album that will appeal to everybody. Furthermore, its appeal to even the exact same individual may vary immensely regards a few external factors. Listened to absentmindedly, its deep, rumbling groove and overlapping rhythmic lines may initially seem nothing more than an artfully assembled soporific swirl. Live with it a while, though – give it time and space in order that it may weave its beguiling spell – and delights aplenty unfurl.