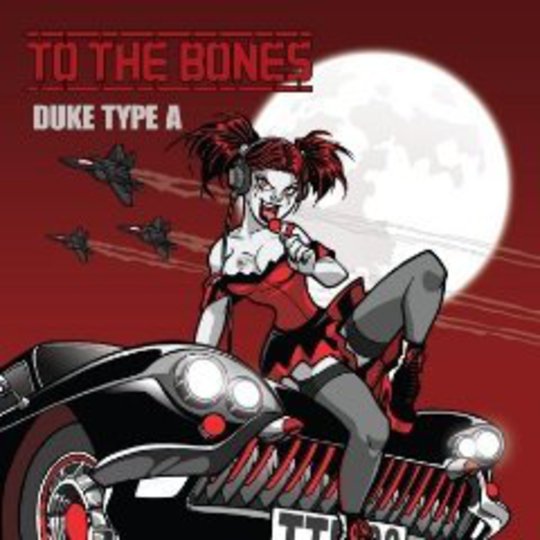 Ideas. They come to some constantly, from all angles, like flashes of inspiration; to others less often. Neither is better or worse than the other – its simply produces different results.

It’s obvious from the get-go that that the creative minds behind To The Bones fall firmly into the former camp. From the frenetic intro to opener ‘Judith’, it’s plainly obvious that this band have a lot of ideas. And then more ideas. And some more on top. Followed up with a few more ideas, just in case.

In one way, it’s fantastic: you never quite know where this album’s going to take you. One second you might be tapping along to something that sounds a bit like the Pixies filtered through No Age-style distortion, and in the next you’re suddenly listening to something which is eerily reminiscent of the Sisters of Mercy hanging out with Black Flag. It’s an exhilarating ride.

For approximately four songs, anyway. After that point, it all gets a bit wearying – a little like being subjected to a teenage party DJ with ADHD who gets inspired every 30 seconds to change the track. While the ideas themselves aren’t bad, the way they’ve been jammed together makes this album feel just too scattergun: like a thousand ideas squashed into half an hour with little care and attention.

Indeed, it’s when the album allows itself to open out a little more and develop those ideas that it truly shines. Songs like ‘Space Helmet’ ‘Ginza Blackjack’ and closer ‘To The Fucking Bones’ all rein in on the genre-jumping, and are all the more successful for it.

For a first attempt, this is not a bad album – but then, it’s not really a finished piece of work either. There’s almost a sense that the band felt they had to include every riff, concept and funny little noise they’ve come up with, just in case they never get the chance to put it down on tape again. Judging by the best of the album, that’s not something they should have to worry about, if they just spent a bit more time developing all those ideas. It's an encouraging start, nonetheless.