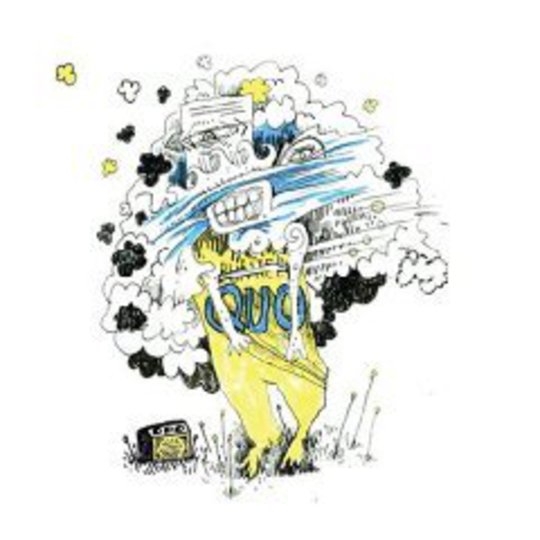 Soft Abuse should voluntarily consider a parental advisory sticker. No, nothing so mundane as foul language, depictions of sex and violence, or substance abuse. Pumice’s third album for the label is altogether more devious. Quo sounds very much like what one might hope to record on a four-track in an attic full of dusty old instruments after only two or three music lessons - parents, friends, and neighbours no doubt preferring that doesn’t happen. Guaranteed the finished product of an amateur musician isn’t going to have the preternatural charm of this album.

It’s taken Neville’s one-man-band a good deal of travel time to get here, but it was well worth the wait. Previously, Pumice too often felt like finger-painting being passed off as modern art. Piercing and formless avant-garde had a tendency to fall away into chasms of self-indulgence making it difficult to connect as a listener. On Quo, Pumice brings together Neville’s affinity for the weird with pop sensibilities so the end product is at once familiar and completely different, as though tasting a delicious foreign confection for the first time.

Perhaps Neville planned this progression from the outset. Presumably ‘Pebbles’ was kept off Pumice’s album of the same name for sounding too much like a Guided By Voices song. ‘Fort’ bears a striking resemblance to any number of Times New Viking tunes in as much as they’re all ink spots on a blotter. And more random as any Rorschach test, the collection of songs on Quo can be interpreted in both temporal and spiritual ways depending on the same factors which make psychology more of an art than a science.

Neville’s distorted voice, rhythmic drums, and psychedelic noise topple into a Twilight Zone creepiness expected from a song cheekily entitled ‘Heavy Punter’. A plucked nylon-string guitar on ‘Sick Bay Duvet’ interlopes in-and-out of synch with an organ whose chord changes rumble like a seismic shift. Neville claims the ‘Thermos In The Studio’ contains tea which somehow makes the album all the more spooky. In a world with time machines, Quo would be the soundtrack to every Ed Wood movie made.

Catchy melodies are the latticework from which Neville hangs an odd assortment of accoutrements. The turbulent flow works to its advantage in the same manner river rapids makes for a more intriguing visual image than placid waters, extending itself as a bridge between indie-rock and experimental noise: the album’s crowning achievement being that it works on both levels.