Second To The Last Frontier 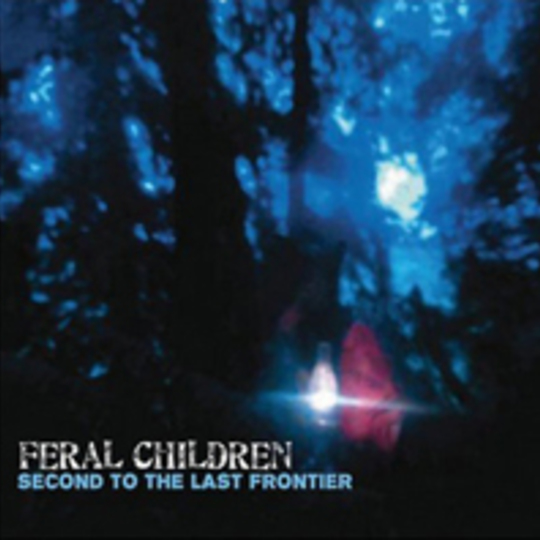 The Pacific-Northwest city of Seattle, USA has for many years, been home to a vast array of quality and diverse music. However, the unrelenting force of mid-‘80s grunge left much of the city's endeavours overshadowed following its death in the ‘90s. Then, around the turn of the millennium, the city found itself in a state of flux, and began to shift grunge’s rotting legacy from around its neck. Global media recognised its other efforts. Local boys done good, did in fact do very well: Modest Mouse, Death Cab For Cutie and The Shins (to name just a few) are platinum-selling artists across the globe. But in recent years the next wave has been steadily breaking through on local labels such as Sub Pop, Barsuk and Suicide Squeeze. And there are many more waiting in the ranks, just ready to step up. However, on this evidence, the wait for Feral Children won’t be much longer.

With the help of producer Scott Colburn (Animal Collective, Arcade Fire), five-piece Feral Children have crafted a debut album brimming with great melodies and hooks in abundance. However, couple this with interesting and experimental percussive elements (making use of their two drummers), not to mention bouts of raw noise and inventive lyrics, and you have a debut that will stick. There's a clear resemblance to early Sung Tongs/Feels-era Animal Collective here, but Feral Children use these cosy pleasantries merely as a base to build upon. Every track spirals upwards, shifting gears, layers of jangly guitars, weird and wonderful energetic explosions of percussion building. 'Spy/Glass House' kicks the album off with the band’s trademark echoing-beer-keg percussion. However, it ends in another place altogether, with swathes of noise detonating off in every direction. A sample of what’s to come.

If you were to stick Modest Mouse, Wolf Parade, Murder City Devils, TV On The Radio, Animal Collective and even fellow Seattleite newcomers Jaguar Love, into an industrial strength blender - you know, like those ones on YouTube that can liquidise a golf club - out would slip Feral Children. Like a smoking mixture of boiling treacle, whiskey and thick congealed mud. The vocal pairing of Jeff Keenan and bass-player Jim Cotton energetically spit vocals as if the illegitimate love-children of Hot Hot Heat’s Steve Bays and Modest Mouse’s Issac Brock on tracks such as ‘Me, Me, Just Me’, an electronically raucous sing-along (“Don’t, don’t think too hard, ‘cos your brain won’t eat your heart...”) that changes tact midway into clean reverberated guitars. In a similar vein, ‘Billionaires Vs Millionaires’ begins as if it’s straight from Interpol's own paranoid New York cutting room floor. Its skinny Pixies-esque surf guitar lines, pulsating bass and despairing vocals (about love, condos in the city and isolation) lay the foundations for what builds, this time, into shoegazy chants and disorientated whispers.

‘Jundice Giraffe’ is packed with TV On The Radio-style ethereal floating vocals and raw electronics before Cotton’s pained shouts and eerie tones - “They love your skin, they love your yellow skin, they do” - take the song straight into spooksville. Later, the fantastic seven-minute journey ‘Lost In The Woods’ begins in strong Modest Mouse melodic territory before, at its peak, morphing into a druggy disorientated and paranoid world - as if wandering, well, lost in the woods on mushrooms. On the wonderful ‘Ex-Blindman’, the vivid and humorous lyrics - “It was almost love at first sight, but then some blind man stole your eyes, and gave them to his ex-wife for a birthday surprise” - form a catchy and accessibly melodic hook. But adding more contrast to an already varied release, post-apocalyptic drone skronk is used to build suspense (‘Space Face’) for the rockin' post-punk number 'The Beast = Goldmine' and angular chorus-led closer 'Zyghost'.

Second To The Last Frontier is an eclectic and varied debut, amongst the cream of current sounds emanating from the Pacific-Northwest. Feral Children have succeeded in creating an accessibly melodic album that lacks none of the ambition many of their better-known peers have demonstrated to a commercially successful level.