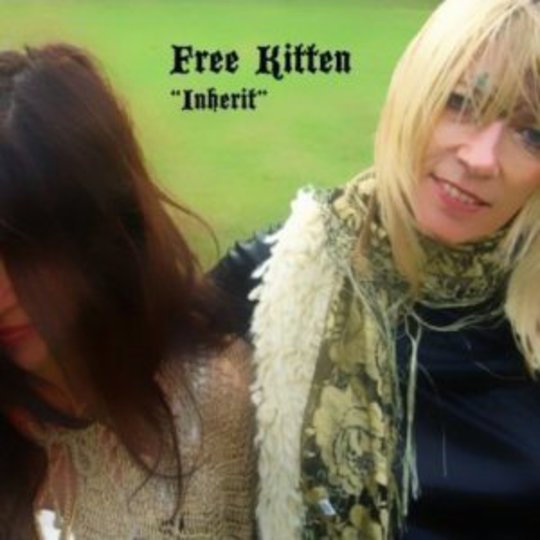 For those not paying attention,* Free Kitten*’s Inherit – their first LP since 1997 – will be viewed as just another side project by she from Sonic Youth. For those who have been paying attention to musical developments over the past 20 years, you’ll understand that Free Kitten’s Inherit is a work produced by a band rightfully deserving of the supergroup label.

The one and only queen of noise Kim Gordon is joined by Boredoms’ Yoshimi (yes, the same Yoshimi referenced by The Flaming Lips in their Yoshimi Battles The Pink Robots) and Julie Cafritz, a founding member of ‘80s art-rockers Pussy Galore (their line-up also included Neil Hagerty - who went on to form Royal Trux - and a pre-Blues Explosion Jon Spencer). With Dinosaur Jrs.’ J.Mascis assisting on two tracks here, it looks like the ingredients are once again ripe for something tantalising.

Sonically, everything on Inherit _fits comfortably within the musical framework its various performers have become famous for. _‘Free Kitten on the Mountain’ _finds Gordon wailing away with her typically droning vocals resting atop a mound of atonal guitars. ‘Seasick’ careens towards an early post-punk vibe as Cafritz aims for a nursery rhyme approach when she sings “Sally sells sea shells by the seashore”_ through a murky layer of dense fuzz. It’s a bare-knuckle idea that rears its head again, with the help of Mascis, on the primal drums and skronk thrills of standout_ ‘Bananas’_.

But truth be told, for all its audio bluster and now familiar disregard for convention, the majority of_ Inherit _ does little to appeal to the unconverted. The band happily explore territory that, while in the hands of others would sound downright adventurous, feels like a case of water being tread by three iconoclasts who’ve repeatedly proven there’s more to them than this.

Does this mean _Inherit _is one for the better-luck-next-time pile? No, because while we’re right to expect more from these three women, their middle of the road still stands heads above much produced by the younger generation of noiseniks.