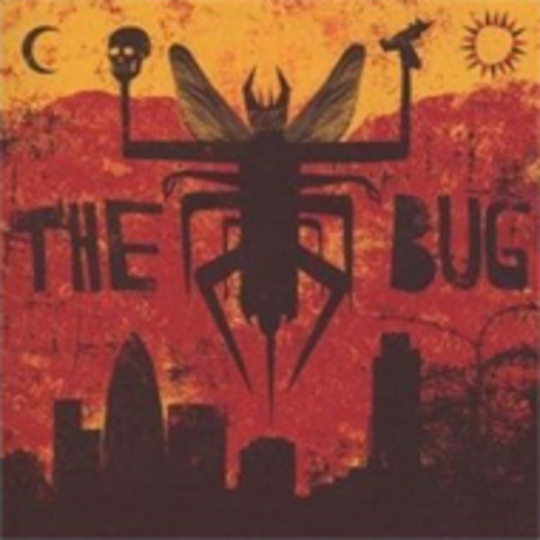 Sleeping in his wrong-side-of-the-tracks studio, too poor to afford residential rent as well, he observed the urban cauldron of London at first hand. A methadone clinic down the road, human excrement littering the building, smackheads injecting each other in broad daylight: all that and a whole lot more bleeds into London Zoo’s confines.

Much has occurred in the capital city since 2003, when The Bug’s debut album, Pressure, emerged. Back then, the blood-red chat from various dancehall guests who voiced brutal highlights like ‘Gun Disease’ sounded like comparatively empty threats. Released three years to the day from the 7/7 terrorist bombs, however, the follow up emerges into an inner city landscape where claustrophobia, perhaps even fear, stalks the streets.

Big Smoke dwellers may scoff that notion is the stuff of tabloid exaggeration and out-of-touch generalisation. In the back of most minds, though, including Martin’s, it’s very real. The top-level toasters who litter London Zoo latch onto that mindset, grasping the mood from the off with Tippa Irie’s ire on ‘Angry’ and Roots Manuva’s mate Ricky Ranking on the paranoid ‘Murder We’.

As a supporter of the first wave of the dubstep movement, Martin’s avant-dancehall production template has evolved at a frantic pace. Nowhere is that more apparent than on the singles that have preceded London Zoo. ‘Skeng’ bristles with slowed down portent. The minimalism-to-mayhem intro of ‘Jah War’ could be prime Roll Deep – circa underground rave days – apt considering it revolves around the badman mic talents of crewmember Flow Dan. And ‘Poison Dart’, featuring long-time collaborator Warrior Queen, smacks faces and billows trousers with ceaseless bass burps.

After 11 tracks of being ground down, both physically and mentally, by the uncompromising atmospherics, there is welcome relief within closer ‘Judgement’. The Bug’s most ethereal moment thus far, Ranking returns to add blissful ruminations. The cumulative effect – somewhere around being lifted into the heavens by sunrays – is at odds with the continuous black clouds that come before. Yet it’s a necessary chink of light to conclude a journey so oppressive you may just forget to breathe through its duration.