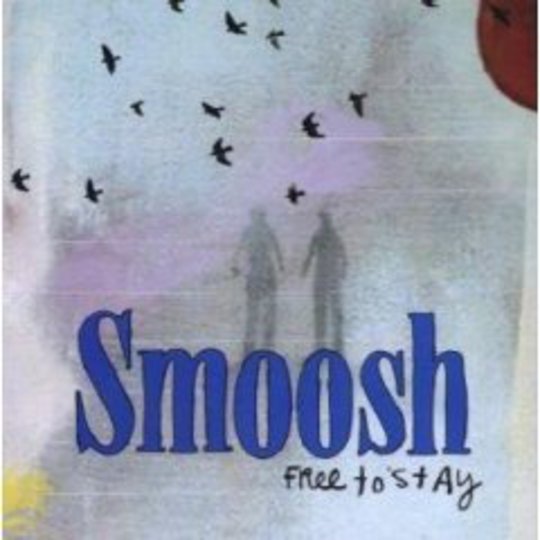 It’s fair to say that Seattle girl duo Smoosh are fighting a rearguard battle right from the word go. Without the critical adulation that follows Tiny Masters Of Today (nor the seal of approval from David ‘I’ll Put My Name To Anything’ Bowie) it seems they’re destined to be handicapped by the kiddy-pop name, despite the fact Free To Stay actually contains a few pop nuggets that are far, far better than they have any right to be. Unfortunately, there are also more than a few stinkers that bring the album down as a whole.

First, the bad news. If you’re not into sugar-sweet tween pop (and I’m going to stick my neck on the line and say the majority of DiSers aren’t, but perhaps that’s just me making assumptions. Prove me wrong) then Free To Stay has even more work to do in order to convince you it shouldn’t be discarded. Asya’s vocals sound, well, like as you’d imagine a 16-year-old girl would sound when backed by some expensive-sounding production that errs purposely on the side of the plastic. There’s more than a good chance that, despite their best efforts, Smoosh will simply annoy the living fuck out of you before they’ve even got out of the traps. With virtually every lyric addressing “you”, their naivety and youth counts against them – while it would be unfair to expect them to come up with anything notably sophisticated, there’s a reason ‘sixth-form poetry’ is used as an epithet.

But – and there is a significant_ but_ – Smoosh have come up with at least a few pop songs that merit further investigation. The title track is a jaunty piano-led ride that liberally drips with energy and invention and which suggests if they strip back the gloss, they could have a future as songwriters. Likewise, ‘Glider’ could have come from Bis’ laboratory at any point over the last decade and ‘Rock Song’ dips its toe into proto-riot grrrl territory (OK, very, very proto) with mixed results.

While it’s undeniable the accusations they’re a gimmick will follow them above and beyond this album, the few moments of inspiration mean Smoosh aren’t exactly the kiddy-pop muppets they may appear to be. Nor are they the saviours or future of music in any way, and you have to question whether or not anyone would care about them had they been in their twenties…