Get To The River Before It Runs Too Low EP 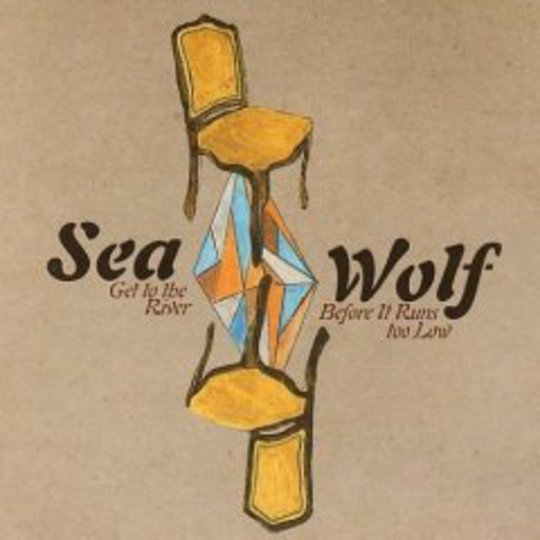 AIDS Wolf, Wolf Parade, Wolf Eyes, Wolfmother, Patrick Wolf, Steppenwolf, Wolfman, Wolf & Cub... Sea Wolf. Alex Brown Church certainly isn't the first musician to harness vulpine imagery, but at least this gives us a handy scale on which to assess his music. For instance: it sounds nothing at all like AIDS Wolf or Wolfmother, and instead is probably closest in character to Wolf Parade.

Broadly speaking, it's American lo-fi indie-rock. Yep, that broad. Vocally, opener 'You're A Wolf' recalls Elliott Smith if he'd fronted Death Cab For Cutie. It's not a bad sound but, despite its author's protestations ("A gypsy woman said to me, 'You're a wolf, boy, get out of this town'"), there's nothing here to suggest we should be afraid. Or excited, for that matter.

It's the acoustic-led ditties, though, that truly betray Brown Church as a sheep in wolf's clothing. 'The Garden That You Planted' and 'I Made A Resolution' both feature plaintive strumming and whispered, laboured singing that only serve to reveal severe lyrical limitations. "I think about you / Maybe more than I should" is a far from inspired couplet, and, when twinned with a less-than-unique delivery, we're drifting, already, barely three songs in.

Wilco's Jeff Tweedy can get away with this sort of thing because he's a genius, but Sea Wolf isn't and, well, can't. That said, when the guitars kick in... actually, no, forget it, there are hundreds (nay, thousands) of musicians already doing this sort of thing only much, much better. No, by far the most interesting thing about Sea Wolf is his adopted name, and even then he still can't compete with AIDS Wolf. Boooooring.

Between Here And There