You Cross My Path 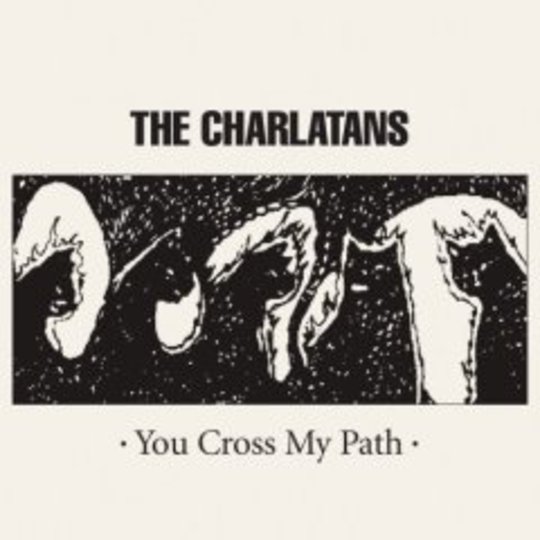 You have to feel sorry in part for The Charlatans. Days before they announced their long-held plan to release their latest album for free via the internet, they’re trumped by a much bigger band, Radiohead, doing the same thing. This ably highlights the strife they’ve suffered throughout their career: the band have forever remained the bridesmaid to others, first The Stone Roses, then Oasis and now, rather unexpectedly, by Radiohead.

This is the inevitable physical release of You Cross My Path, allowing those hardened fans with no interest in the brave new digital world (of which you might assume there are a fair few) to purchase the record in a more traditional manner.

Unsurprisingly their umpteenth album (most people stopped counting a long time ago) chooses to resolutely endorse the same style of music that they’ve offering up for the past twenty years. There’s a light ‘modernity' sprinkled across the tracks by way of a gentle smattering of beats and glitches, but it’s merely a nod towards the current world rather than a whole-hearted pitching in. Those noting thanks by singer Tim Burgess in the credits to The Horrors, Klaxons and Carl Barat can rest easy their worries of the quintet attempting to reclaim some misguided notion of the zeitgeist.

The biggest problem with You Cross My Path isn’t so much the music though; sure it’s not an invigorating brew, but the blend of swirling Hammond and ponderous bass and drums stays on the right side of tepid most of the time. The real issue is with the vocal delivery and maudlin lyrics of Burgess. There seems to be a huge well of existential despair hanging around the head of the singer, but he seems unable to be able to communicate it beyond his limp words and a general sense of aimless anguish. During ‘Oh! Vanity’ the diminutive frontman laments that he’s now “all grown up to be a paranoid schizophrenic”, claming that as a child he was “a run away / find me with a latch and key / crawling in the dirt”. It’s odd and seemingly quite unfounded, but more damagingly, delivered in a humdrum style that leaves no intrigue. ‘Mis-Takes’ finds Burgess claiming that “I can feel the cold steel from the barrel of your gun_" but there seems to be no real sense to it; no creeping paranoia, no burning fear, just another unsure delivery, like he's reading from a half-written Easton Ellis novella.

The rest of the album finds him claiming to be “the sound of Iraq / I am the sound of the Red Sea / I Am the voice of the Almighty”, and you find yourself sitting down pondering over the madness of Tim. A worry that doesn’t alleviate itself with a song entitled ‘My Name Is Despair’. It’s either a very strange and rather unconvincing attempt at role playing or a final desolate attempt to reveal his soul to a dwindling listenership. Either way, it leaves you only slightly uneasy, and for probably the wrong reasons.

Album closer, the literally-titled ‘This is the End’, hints at last orders at The Charlatans school of groove ‘n’ roll, but unfortunately chooses to ape both the words of Wordsworth and his northern soulmates, The Verve, with the misappropriated lyrics of “I wonder lonely as a cloud, oh!”, to general undignified mirth. Perhaps it’s about time that the curtains were drawn on the Northwich men – I mean, there’s no need to cause all of us unnecessary embarrassment now, is there?

Florence & The Machine, MGMT at Academy, Pemberton, Tue 20 May