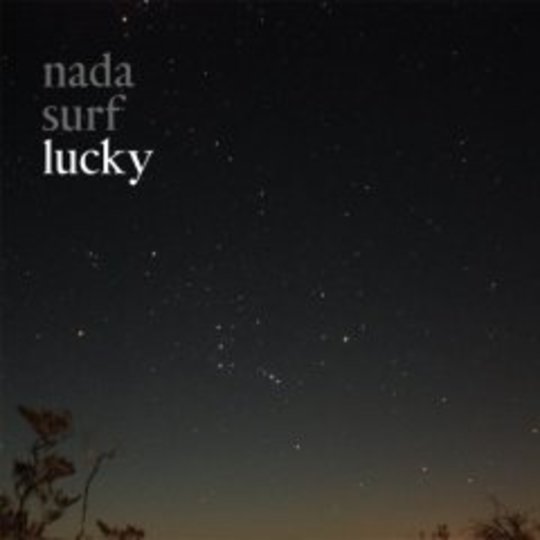 In computer terms, WYSIWYG was a revolutionary concept; however, 'what you see is what you get' in record terms is still viewed a little suspiciously.

Which can be a problem (albeit an unfair one) for a band like Nada Surf, given that they're one of the most honest, face-value bands you could care to encounter. Their brand of heart-on-sleeve college rock offers few frills, but for many - at least enough to sustain them to this, their fifth album and third for the eminent City Slang label - they've always managed to proffer more than enough thrills.

Problem is that the trio are now two albums beyond their watershed release, Let Go. Their previous release failed to maintain the same levels of glossy beauty and enticing dolefulness. Similarly, Lucky_ aims high but once again falls short.

Opening pair 'See These Bones' and 'Whose Authority' blend their usual signatures of high end melody and harmony and propulsive power-pop respectively, but things ebb away shortly after that. Singer Matthew Caws' paean to his recently arrived child in 'Here Goes Something' is schmaltzier than even an ardent Nada Surf fan might be able to bear, sounding like an off-cut from Paul Simon's odious There Goes Rhymin' Simon LP. 'Weightless' and 'Are you Lightning' drift by aimlessly, shorn of any real weight or pathos, and closer 'The Film Did Not Go 'Round' mistakes its own tuneless paralysis for a study in quiet lamentation.

The high-energy drive of 'I Like What You Say' and 'From Now On_' go a way to redeem things, but you're left with the suspicion that these are still tracks that might have been left on the cutting room floor when Nada Surf were at their peak, a position they seem to draw ever further away from. Right now, what we're seeing isn't necessarily what we're happy to be getting.

No One Will Know