Corb Lund and the Hurtin' Albertans 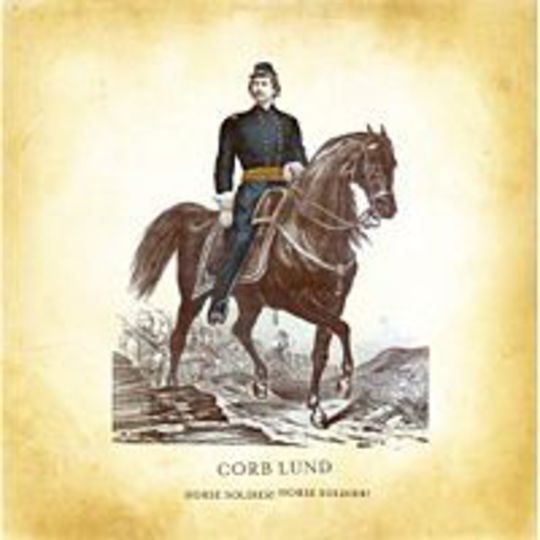 You gotta give it up for those proud men of the army, this fine nation would collapse into the sea if it wasn’t for the influence of ex-military dudes and the jobs they perform. Whether they’re barking orders at us in PE lessons, refusing us entry to nightclubs because our shoes are_ “fucking casual, mate”_, holding up the one arm they have left whilst begging for change outside of Jubilee Line Underground stations, or just simply raping and killing a bunch of women: the real life soulja boys are an essential part of the fabric of our society. And more than worthy of having a whole album dedicated towards them.

Men like Corb Lund, and the rest of his Hurtin’ Albertans, clearly agree. They’ve thrown over an entire album, the fifth of Corb’s career, to the art of soldiering on steed. It starts off with those who rode dirty with Genghis Khan, and ends up with those who used gee-gees with the Contras in the mid 1980s (on the crisp, impassioned piss on Reagan’s grave that is ‘Student Visas’).

For those who don’t know the name, Corb Lund has been behind some of the best insert adjective country albums of the past decade. Fill in the adjective yourself, because this sure as hell ain’t the desperate-for-credibility alt-country movement (Corb grew up on the ranches of Southern Alberta, he got his solo career popping by serving time on the Nashville toilet circuit); but this ain’t your grandfather’s pure country either (dude spent most of the 1990s in Canadian metallers The Smallers). It’s too shiny to be folk country, it’s too sprightly to be roots... maybe it’s Western Swing? Whatever the hell it is, it’s great. Great country music that possess the wit a barroom drunk discovers on his eleventh whiskey and the melancholy awareness that comes with his twelfth.

It all starts with the wide-eyed march of ‘I Wanna Be In The Cavalry’, as a recent recruit, accompanied at first just by a solitary military drum, expresses contempt for the professions of foot soldier and navy man, remarking that_ “I wanna be in the cavalry if they send me off to war / I want a good steed under me like my forefathers before”. He’s then joined, one-by-one, on his march by banjos, fiddles, and bass, turning the whole thing into a parade jamboree, the excitement and pride of being conscripted palpable. The penultimate track on the album is ‘I Wanna Be In The Cavalry (Reprise)’: acoustic guitar, downbeat, the original lyrics now sounding mocking as the man despairs at being _“outgunned”, poor leadership, and most important the death of all the horses on the battlefield (“My favourite mare took a cannon in the gut”).

Don’t get it wrong: this isn’t an album that preaches, nobody’s trying to sum up 3,000 years of the military experience then pass the judgement of Caesar-with-a-fiddle on it. It’s about one man, or a series of ‘one men’ through history, and the shit they’ve put up with. There’s more to it as well: the Spade Cooley-ish ‘Brother Brigham, Brother Young’ works as an expanding on that old gag about the 86-year-old guy who goes to confessional to tell the priest he’s just slept with two teenage models, as a 19th century gent asks forgiveness from Church of the Latter Day Saints big dog Brigham Young for a variety of sins, most of them concerning his sexual prowess. There’s even a track called ‘Hard On Equipment’ here. Seriously.

It ain’t all knob gags with Corb though. Far from it: there’s the history lesson of the title track, where Lund speaks on the ghost of history that rides alongside all horse soldiers; there’s the ramshackle country blues mating call of ‘What That Song Means Know’; and the aforementioned ‘Student Visas’ is, if sometimes a little ungraspable, occasionally chilling as he intones, “I kept on shooting Communists / It was kinda hard to tell”_.

This album doesn’t sag, it doesn’t lose its weight, and it doesn’t get bogged down in the concept. It all finishes, inevitably, with ‘Taps’, which is a much better soldier death jam than ‘Last Post’. It’s actually genuinely affecting. Corb Lund really, really should be better known than he is.