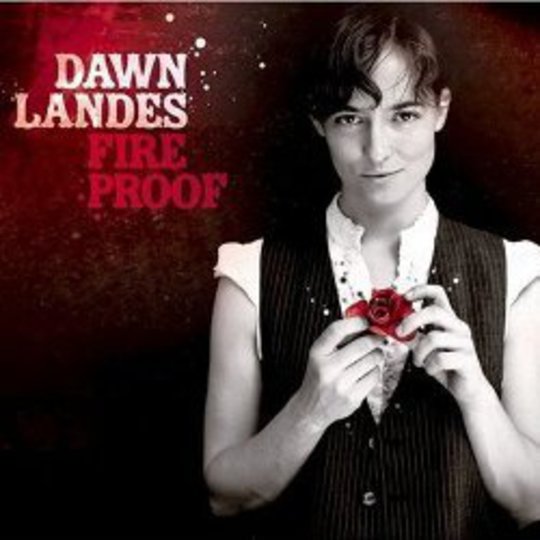 Kentucky USA native Dawn Landes would probably strain to convince you her music is anything but what it actually is. Recently she covered, with the aid of three kazoo players, Peter Bjorn & John’s incessantly catchy_ ‘Young Folks’_, and her press releases scream descriptives like ‘anti-folk’ and comparisons to artists such as Midlake and Shannon Wright. On record her output is much simpler and much more restrained than any of this would have you believe. Not that this is a bad thing, mind.

For Fireproof is a reassured, if slightly top-heavy, sophomore album (albeit the first to be released on these shores) that softly treads on the grounds of modern country and folk, almost free throughout of derivative gambits. Opener ‘Bodyguard’ sets the tone, with plucked strings and reverb-soaked guitars setting a hazy background for Dawn’s meandering vocals. Perhaps inevitably, Norah Jones and Cat Power are strong points of reference, but Dawn rises above mere imitation.

Unfortunately the following track ‘The Picture Show’, an ill-advised attempt at light-relief that The Fiery Furnaces would balk at, ruins the mood and the pace of the album and, with the exception of ’I’m In Love With The Night’, Landes finds it difficult to recapture the atmosphere of the first half of the record. Yet at its most intimate and the furthest point from forced gimmickry, Dawn Landes’ take on the country template is refreshing in its simplicity.

Searching For The Hows And Whys