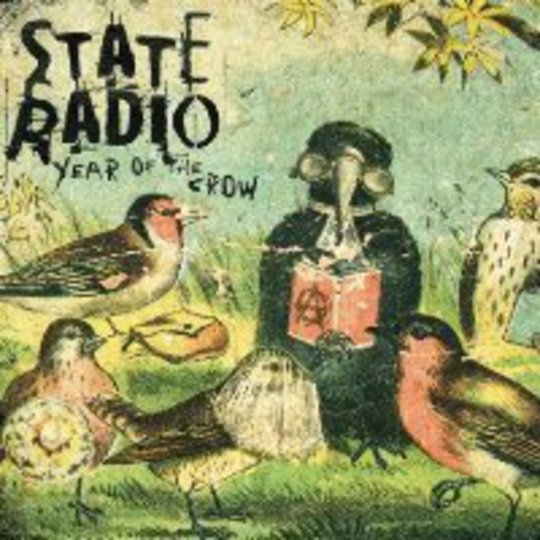 Boston’s State Radio are a politicised band that fuse rock, punk and reggae. Is it wrong to be put off from the start?

The artwork on this debut UK release is reminiscent of Incubus’ A Crow Left Of The Murder, and there’s plenty of that band’s funk sound stamped on the State Radio consciousness, especially on ‘Rash Of Robberies’. But mostly the reggae dominates, with Sting ducking and weaving through the mix (though the band probably prefer to reference Bob Marley). And in the lighter moments, State Radio sound like Jack Johnson in a bit of an uncharacteristic grump.

When the choruses bounce into life on ‘CIA’ and ‘Gang Of Thieves’, you can see State Radio going far - they have the immediacy to reel kids in. And okay, so their political agenda lacks basic subtlety, especially in the song titles, but at least their cause is honourable, attacking war-profiteering, corruption in the judicial system and the very existence of the Guantanamo Bay detention centre.

Essentially, though, this is US-focused in both subject matter and tone, addressing American problems in a palatable, easy-to-digest fashion - like taking polio vaccine injected into a sugar cube. UK listeners can still enjoy these pop choruses, and perhaps shake their heads knowingly at America’s ills, but ultimately the core of State Radio’s mission will prove too trite on these shores.