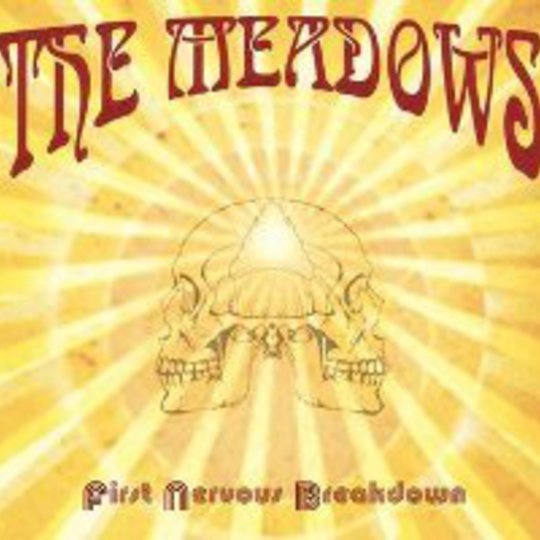 That line between well crafted pop song and dad rock durge is being trodden again, this time by Los Angeles duo The Meadows. It’s a dangerous game, but The Meadows are simply incapable of shaking their classic influences - The Beatles, The Rolling Stones, Neil Young and The Police dictate proceedings, dosed up with modern-day, distorted energy.

First Nervous Breakdown sounds like Pete Yorn drained of charisma, or Nine Days. It’s all wholesome stuff, with stadium-sized choruses on ‘Give It Up’ and ‘Where Do You Go?’ that swish along pleasantly and easily but never come close to rocking the boat. Now, this stuff isn’t designed to rock out, or push boundaries. And the only thing that’s surprising is that the pop quality doesn’t dip throughout. Everything is very carefully measured, weighed and pieced together, and the vocal harmonies are perfectly executed. There’s something to be admired in that.

But yes, it’s pedestrian at the best of times; one to pass on to your Maroon 5 and Snow Patrol-loving friends. It’s potential appeal is huge - relentless pop always sells well - and marking them by that standard, The Meadows are an attractive proposition. What they do lack, though, is a big single, and First Nervous Breakdown doesn’t really deliver on that count, with no storming chorus that keeps banging away in your memory. It’s all too airy, passing on its saccharine goodness before dissolving in the moment. The Meadows are utterly harmless.