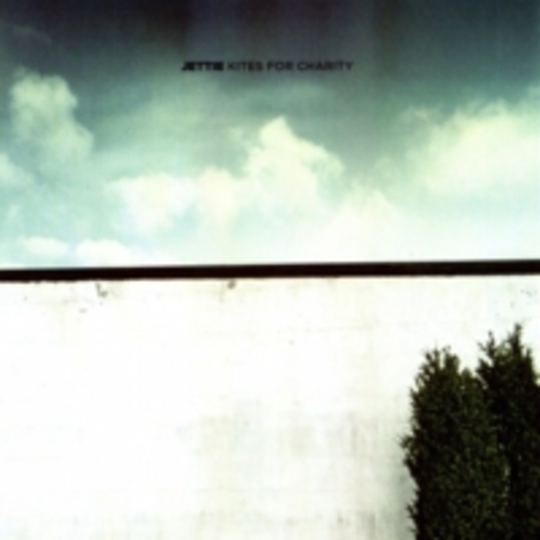 From the first few moments of delay-drenched, super-clean electric guitar and some simple long notes from the keyboards borrowed from Cyndi Lauper’s ‘Time After Time’ to the Grant Nicholas sound-alike who arrives shortly after, it’ll take just twenty seconds of ‘Start/Stop’ before someone, somewhere incorrectly declares Jettie the next Feeder and, amongst the cringing few, millions of people rejoice at having another band as good as Matchbox 20.

Truth be told, that first impression isn’t implausibly far from correct – this Swedish duo are an act in touch with both their anthemic and atmospheric sides, but hold up on the slaying, for Jettie’s second album is more than just throwaway effect-sodden soft-rock. Kites For Charity might not feature anything particularly challenging for its duration, the tempo switching from slow to merely slightly-slow and several of the introductions sounding like they should be soundtracking some US teen drama set at a high school near a beach, but there’s an undeniable charm that comes packaged with it.

Vocalist Clas Bohman’s accent is soft with smiling eyes, either blessed or cursed with a lightly-gravelled voice that couldn’t make things harsh even for all the clogs in Holland (see also: dEUS’ Tom Barman), the vocals not being so much about hitting all the notes and more about finding the correct style of elocution. With Bohman adding a touch of character where needed, pushed on occasion up to an almost Mew-like falsetto, the arrangements themselves are often livened up with some light programming to accompany the big drum sound, the drums themselves chopping, changing and adding a foil-wrapped freshness to the mix instead of just kick-kick-snaring their way to keeping the tempo.

And whilst there are a couple of moments where Jettie force themselves to fight against a tide of bland-rock traffic, particularly as the ‘90s soft-rock balladry and breathy-vocals-over-lone-organ moments of ‘#3 The Nest and the Wind’ send a shiver up the spine in a this-feels-wrong X Factor audition way, there’s always something on hand to rescue the songs and push them back towards the light. That’s probably an accurate way to sum up the album as a whole: there’s a hidden depth to Kites For Charity which means that, though it might not have nameable highlights by the bucket-load or any instances that particularly overwhelm, it’s pleasing in the absence of jaw-dropping excellence, an album of calm emotion rather than flashy star jumps and captivating in its execution of both the quiet and the intensely epic as well as being accessible to most.

A satisfying listen, then, and good to keep handy for the next party you attend where someone reaches for Yesterday Went Too Soon.