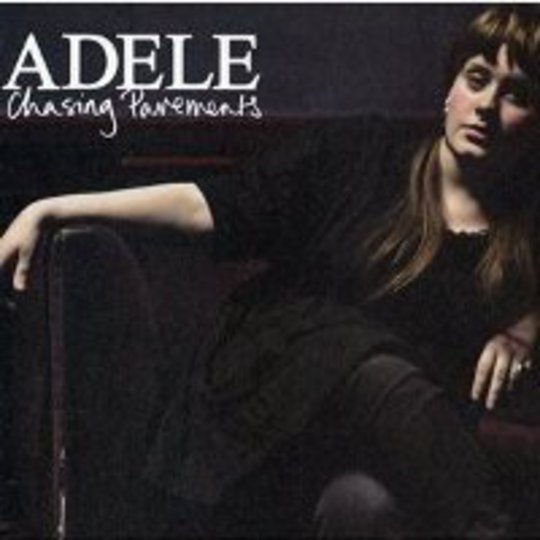 On last year’s single ‘Mouthwash’, Brit-nominated female solo artist Kate Nash spoke of “nostalgic pavements”; here, on her second single, Brit-winning female solo artist Adele questions whether she should “chase” them, or not. Why the obsession with pavements? Why not say ‘sidewalks’ to break the American market? Why not just admit the nonsensical nature of it all? ‘Cause nonsense doesn’t sell, sir; ‘soul’ does.

And this brings us to another question mark hanging above the professionally schooled Adele Laurie Blue Adkins (what a name, whatever the songs): just how authentic is her brand of starry-eyed soul, bearing in mind her BRIT School education and the PR frenzy that’s catapulted her from potential also-ran to genuine superstar in, really, only a few months? Where ‘Hometown Glory’ made her growing-up streets of Tottenham out to be paved in liquid gold, this follow-up’s unfocussed lyrical content – yeah, it’s something to do with love, and chasing it, or a car crash if the video's to be incorporated into this assessment, but ‘pavements’… what? – leaves the listener puzzled. It’s a nagging tune, for sure, but dissect it into constituent pieces and all that’s raised are further questions. Really, Adele: what are you on about?

Clearly listeners of daytime radios 1 and 2, and more, don’t care to analyse their pop songs, though, as the support of said stations has seen this reach number two on the chart this week. A great achievement, and a great way to introduce Adele’s great-in-places debut album, 19_, which has predictably enough already earned a great five-outta-five from the referenced-elsewhere-today _OMM. A great career beckons, surely, and now that the tips buzz has died down Adele can really begin to make great on all the annotated promise. But a great single? This, it isn’t.