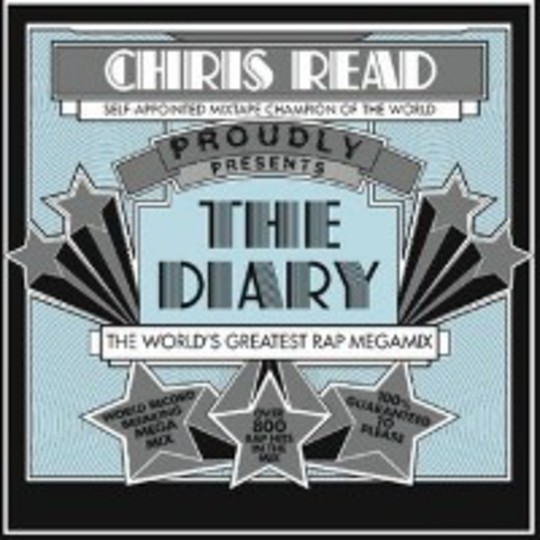 So what exactly have we got here, and who is this Chris Read fella then?

To answer the latter firstly, Chris Read is a resident London DJ with some full-fledged SUBSTANCE cred behind him – but more importantly, Chris Read is a man who had a mission; this mission was to create undoubtedly one of the most beat-packed and jam-worthy hip-hop mix tapes in history in a completely overlooked format: The Diary sees this DJ attempt to chronicle the life of rap music chronologically, starting in 1979, going right the way through to present day; and Read makes no secret of it, boldly emblazoning the fact that over 800 hip-hop hits (OVER 800!) are contained in the mix right on the front cover.

Some might say that this is an overly ambitious project for a DJ to complete, but in actuality the result is phenomenal. The mix itself starts with one of the most iconic and historic (albeit somewhat asinine) sounds of hip-hop: a simple scratch. In many ways, it must be remembered that this sound is one of the founding principals behind rap music; when Grandwizard Theodore first laid his hands on a record in 1979, he probably didn’t know that the sound he’d make by, in essence, screwing with a piece of vinyl would result in the birth of one of the most influential movements in music history. And this is one of the things which makes rap so amazing: like punk, the genre was a product of learning how not to play an instrument, and honoured the concept of going against convention (with a middle finger firmly stuck up at the man, I might add).

In any case, Chris Read celebrates the power and beauty of the scratch by using the technique as the driving force through his mega-mix, scratching his way through all the classics and merging them with his own bumpin’ blend of beats; beginning with the ironically radio-friendly Sugar Hill Gang, Read swiftly pummels his way through the years and the artists that they gave us. To name a few: Run DMC, KRS-ONE, NWA, EPMD, LL Cool J, Nas (and he’s even correctly dubbed in accordance with the era as ‘Nasty Nas’ in the tracklist, which makes me so happy), Gang Starr, Busta Rhymes and, yes, even 50 Cent is in there. What’s more, staying true to the cult customs behind the music, Read manages to sneak in some Cheech and Chong movie quotes.

So basically, after careful consideration I’ve come to the conclusion that literally everything you’d ever need to know about rap’s history is contained in this one-hour and sixteen-minute compilation.

Imagine you went to Hip-Hop University, and you had a history exam you weren’t prepared for… By owning this, you’d be fine! Conversely, say you were partying in the Bronx tomorrow night. Bring this – you’ll also be fine! How perfect is that? And another thing! Read: shits all over Peanut Butter Wolf.