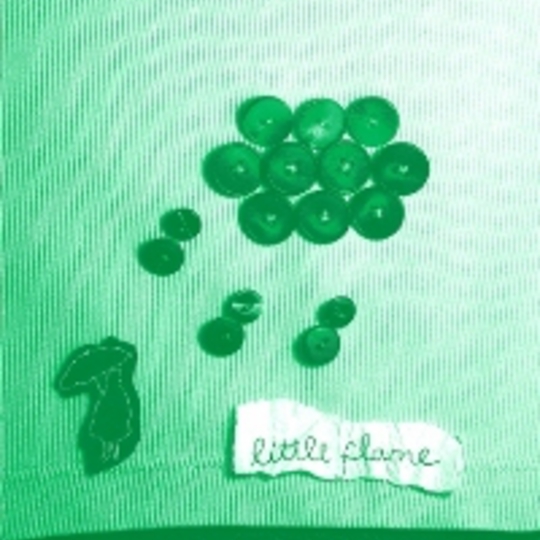 While they currently lack the emotional heart of their most obvious peers of referential point, namely stateside hubby-wife duo Mates of State, Liverpool’s Elle S’appelle (two ‘p’s, The Guide… tsk) demonstrate clearly with this debut single for Moshi Moshi’s singles club that the trio’s knack for cracking out a corking tune is already well developed.

Not the most taxing opening gambit of a fledgling domestic act’s career to be though ‘Little Flame’ most certainly is, its infectious immediacy and brilliantly breathless boy-girl chant-along vocals, coupled with some awesomely fuzzy keyboard work that echoes acts far meatier of composition than these admirers of Tim Burton and the Brothers Grimm (if MySpace is to be believed), makes it stand out as one of the year’s best seven-inch releases. Problem is that, although it only came out on Monday, apparently it’s already sold out. (Or has it? Clicky.) Sorry for rocking up to the party a little late here, kids.

Ne’er mind though, capital city kids: you can catch Elle S’appelle at DiS’s own DiScover Club in February. Mark the date – the second of the month – in your diary now, for it’s sure to feature an A&R scrum down the front on the strength of this single.