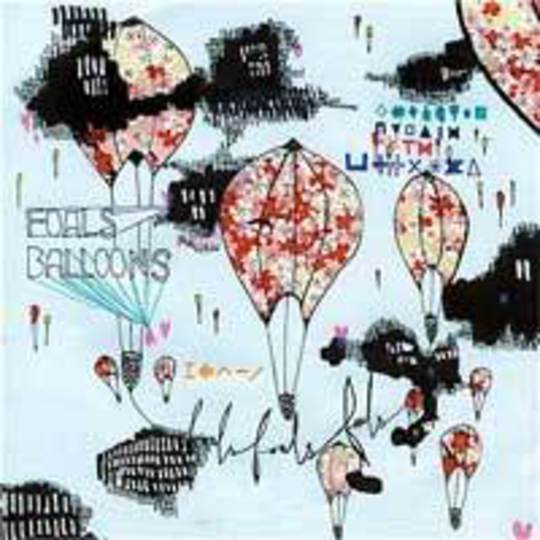 Foals are tidy boys. They’re thrifty with a sound, one that’s been developed over years and now signs its name in some indecipherable hand at the bottom of every track. The tossed-off squiggle of letters is quickly becoming a symbol in its own right though, and it'll be tagged over loads of walls next year. Guitar played low on the neck grows into curls and trebles like sprouting ivy vines wrestling the thing out of Foals’ hands. The bass is decent enough to keep things under, though.

Foals reject the slut aesthetic. There’s nothing loose about them, not on record at least; it’s all hemmed and close and tight and buttoned-collar chestwear. The precision is such that the dignity seems unavoidable rather than deliberate at times, and the band sound slightly awkward with and wary of that, attacking the guitars with hacking synths and playful, threatening outsider toots of brass added by whatever sod is tweaking Edwin's Korg. Leading the charge is Yannis Philippakis and his throat and Jack Bevan and his sticks, like crow-beaks getting at a coke can. Hack, hack, hack. Still the guitar grows though, wrought and taut and all of that shit.

Just fucking dance? With me? It's not 'Hummer' or _'Mathletics' but it is, undeniably, Foals.

Have You Seen In Your Dreams