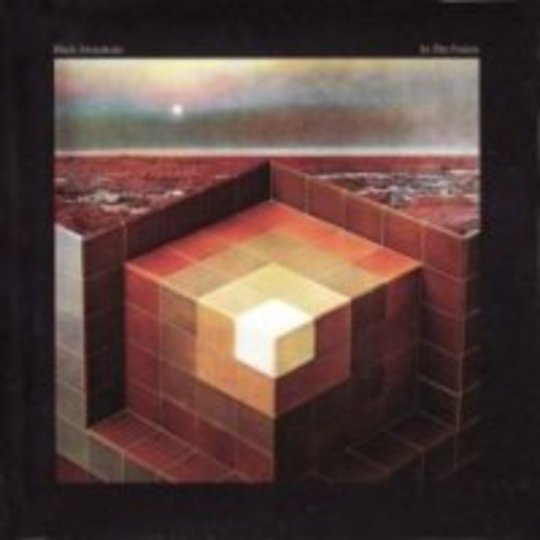 With artwork that seems to bridge the epic span between the luscious fantasy landscapes of Roger Dean and the tiling of the fellow who finished up the gents at Camden’s Koko haunt, even before disc is removed from its housing all signs point to something less than regular, an album at odds with the mainstream its makers seem set to court so soon.

Black Mountain – the most public face of the Vancouver-based ‘Army’ of the same name, a collective of likeminded musicians with amps set to nerve-stun levels and guitars possessed by wailing blues ghouls – have been busy since the release of their self-titled debut in 2005. Constituent individuals have ploughed furrows at alternative tangents under a variety of guises – Lightning Dust, Pink Mountaintops, loads more – and the band itself, a five-piece at its core, has seen a song of theirs grace the soundtrack of a Hollywood blockbuster (Spider-Man 3; I haven’t seen it) and a stadium-filling four-piece invite them out on tour. And with Chris Martin’s seal of approval branded clearly for internet browsers to see, chances are this is the album to propel Stephen McBean and company into the public’s eyes and ears, albeit primarily by way of tipped hats from higher-profile artists.

Even without such peer group acclaim to fight its corner, In The Future is an album worthy of lauding beyond the boundaries of standardised analytical process; additionally, any dissection into influential puzzle pieces, named or not, would equal a great disservice. It’s a record that seeps and slithers, not bothered about making a strong first impression and preferring instead to reveal its facets over the course of a few weeks, gradually winning trust with a sequence of spins, each more appealing than the last. If left to play idly in the background it’s a record that can be largely ignored – blasts of squall conjured from the lowest level of whatever hell power c(h)ords go to when they expire separated by gulfs of tenderly textured slow-motion meanderings; when engaged at an angle most personal, though – an empty train platform, headphones loud, wind on neck – it erupts, rampant organ lines bucking beneath repetition-driven guitars crunching their way into memory banks with all the subtlety of cow herding with a tank. Cells, like livestock bred en masse, expendable.

‘Stormy High’, released last year as a single stateside through the Suicide Squeeze label of Seattle, opens this second full-length in arresting fashion, although for its impact to felt truly volume must be raised to neighbour-disturbing levels. Note: do not play In The Future while nearby residents are settling down for the evening news. Rambunctious of tone, and playful of arrangement without ever collapsing into an asinine assimilation of psych-rock clichés (as so many acts of this genre can), the song’s pace is immediately at odds with its tracklist successor, ‘Angels’, which neatly showcases Black Mountain’s more leisurely loquaciousness. That’s not to say there’s too much going on; merely that the clear vocals serve to split the thick fog manifested by synapse-clogging expressionism elsewhere on In The Future.

‘Tyrants’ is a calculated epic – paced to break free of languid thud-thwack shackles at the exact heartbeat, howls from Amber Webber prickling the skin like a leap into a freezing pool from a burning outcrop – yet later in the album Black Mountain’s control over their regularly properly reined cacophonies comes unstuck. ‘Bright Lights’_ is either the most brilliant song they’ve ever recorded, or_ plainly the most ridiculous depending on your attitude towards multi-stage song cycles placing fate in the hands of might-be improvisation. Lyrically nonsensical, borderline at least, though it is, the track’s eventual detonation is one of the most brilliantly blissful sounds you’ll hear on a modern rock record this year. Four minutes into sixteen: _bang. The organ fires up, everything bolts from the shadows and into a million burning flashbulbs in the blink of a stoner’s eye. Not quite immediately, then; but pretty swiftly.

The song’s a vortex, sucking you deeper into places the loner shouldn’t venture without a friendly hand to hold; all the while you’re never sure if it’s better to resist or to freefall, air guitar along regardless who sees you from across the great divide. Six and a half minutes in: all reluctance to indulge has waned from the warring decisions, and consumption is complete. This is where Black Mountain win you – win me – and the moment In The Future reveals itself to be one of 2008’s first great albums. After such a splendidly out-there tributary of an album that never flows along a well-followed route, the closing ‘Night Walks’ can only sound lacklustre. It’s really not, but comparatively it lacks the dynamic distemper of its direct sequential forerunner.

Through ragingly volatile highs and purposely sluggish lows – more ups than downs, literally and critically – Black Mountain surely show off their greatest recording achievement to date here. Plaudits for In The Future have been anticipated since a good many weeks back, and the above words merely comprise part of a feedback file bulging with dribbling praise, but no back-slapping isn’t without warrant. This is a wonderfully zealous experience, bristling with realised potential and fulfilled ambition. It is the necessary next step, a marked movement towards whatever the mainstream is today; all that’s needed is for the wider world to wake up to Black Mountain’s superlative wig-outs and drift away on clouds entirely of their own mind’s making. Heady, heavy, stuff.