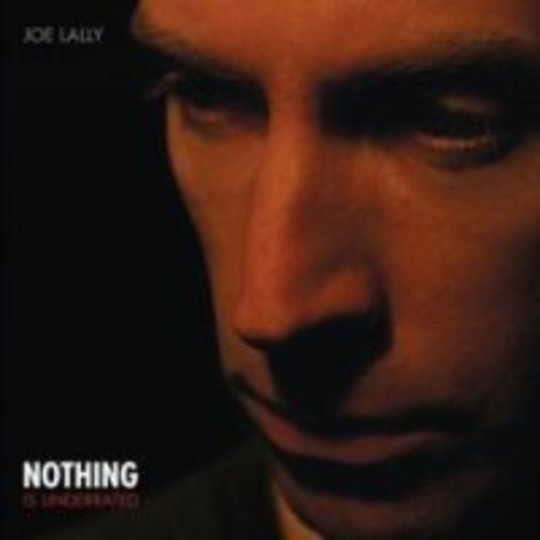 First things first: Joe Lally was/is (depending on your personal definition of ‘indefinite hiatus’) Fugazi’s bassist. Thus, unsurprisingly, Nothing Is Underrated (his second solo record follow said group’s dissolution) sounds quite a lot like Fugazi. This is all the more unsurprising, considering that Ian MacKaye and Guy Picciotto both contribute guitar to the album. Nevertheless, considering the Fugazi connection will be forever pinned to Lally, it’s impressive that, having gone solo, he’s been able to create something of an original voice. At the very least here there’s an attempt to force something individual, the lyrics full of the anti-hierarchical imagery you’d expect of a former member of one of the most stridently political groups of recent times.

You won’t be shocked to read that Nothing Is Underrated is dominated by bass, Lally’s familiar riffs leading each song. His playing is impressive, tight and hypnotic, with that slightly bouncy, funky tinge that made Fugazi songs so recognisable. Still, bass in itself is all well and good; it’s what you do with it that counts. Here the best tracks are those where the bass finds its groove and a purpose to go with it, like ‘Day Is Born’’s simple, catchy riff, or ‘Via Nomentana’s’ melodious repetition.

For all its good intentions, there just isn’t enough going on in Nothing Is Underrated to make it worthy of recommendation. Often, rather than finding an inventive voice of their own, the tracks sound like, well, Fugazi tracks shorn of everything bar bass. More to the point, Lally’s voice just isn’t good enough, or his lyrics insightful enough to build the songs up: “something’s wrong,” he sings on ‘Painfully Aware’, “I don’t belong”. With the bass unwavering, the tracks are in desperate need of something to spark them into life. Which might, of course, be missing the point; the sheer sparsity of the songs is clearly intended by Lally. Sadly, worthiness and good intentions don’t always equal good records.