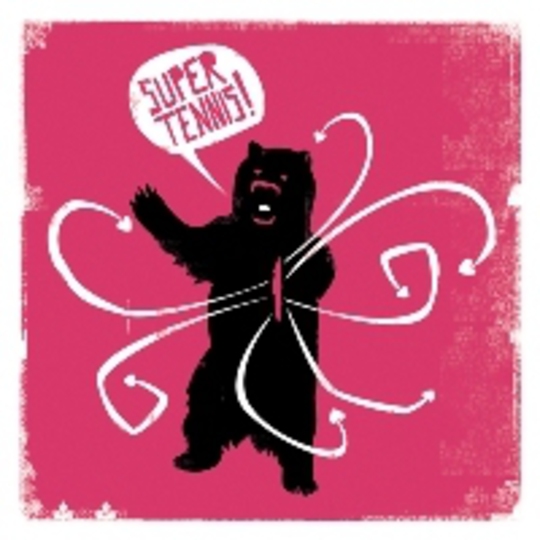 We were just chatting, us office-bound DiS folk, about video games. Super Tennis was on the SNES – established – but there was something else on the Master System that I am sure was also called Super Tennis, only it was a steaming mound of shit… tennis… Actually, maybe it was just called Tennis. I forget. I played it in my kitchen/diner a couple of times – that’s where the Sega was – before realising it was utter shit-sacks and reverting back to Alex Kidd in oh I don’t know… Blocked Plughole World.

Super Tennis the band are a little better than the shoddy simulation of my booze-battered memory: they have neat jangle bits and neater riff bits that recall the twinkle-pop of Los Campesinos! and the purple period emo rock of The Promise Ring and the awkward guitar parts of Owls. And other bands what do ‘angular’ things that, say, Artrocker would certainly get in a moist creamy froth over. Yeah, them and their ‘art rock’, whatever the fuck that is this week. Bring back No Name, I say.

Basically, this free-to-download (try here) EP is a sweet assortment of five pop-fuelled indie tracks that showcase a pretty good new band being pretty good in one pretty good package. Pretty good, then? Yes, pretty much.

See, I don’t have a SNES anymore, just a Mega Drive. Mistake, that, really: NBA Jam is way better on the SNES. And tennis proper is for posho losers who didn’t have friends enough to play football as kids and now make a big song and dance for two weeks out of 52 about some tournament that fucks the Tubes up. Wankers.