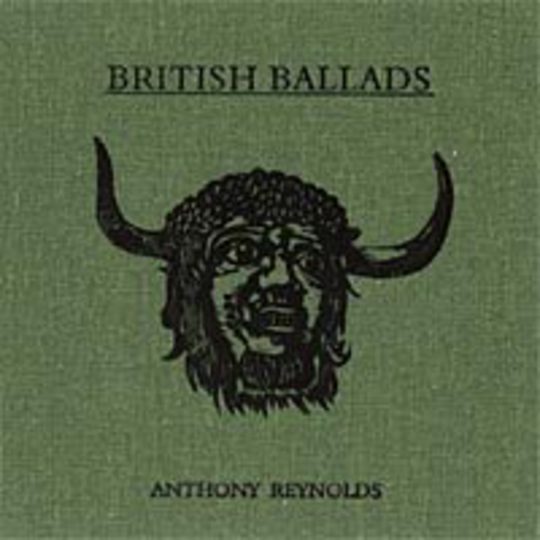 "Anthony Reynolds writes beautiful music for drunken librarians. Or at least for an audience who aren't afraid to listen to the words of a man with a voracious reading habit." So begins the PR fanfare accompanying British Ballads.

Lofty, literary aspirations are nothing new, nor is music steeped in its author's pretensions.

Morrissey's high-brow tirades, for instance, have done little to harm The Smiths' enviable legacy over the years. If anything, they've succeeded only in increasing the reverence afforded to the group - and there seems scarcely any other explanation for his continued success as a solo artist. But The Smiths, of course, had The Tunes to back up their singer's self-effacing bravado.

At the other end of the scale, another artist whom Anthony Reynolds seems to seek kinship with, Neil Hannon, exists only in this writer's mind as a musician who probably should have stuck to pen and paper; his craft more in line with an old-fashioned diarist's than as producer of music other people will want to listen to. Many, of course, will disagree with that assertion but, y'know, debate is fine.

British Ballads, then: Morrissey or Hannon? Good or bad? If you hang on either of these auteurs' last word, even without their respective bands to temper the more self-indulgent moments with melody, you're likely to be a fan. As you may have gleaned from reading between the lines of these precursory paragraphs, I'm not.

Orchestral, string-swept pop can still be a wonderful thing (see: Jens Lekman, Beirut), but only when it's not really, really dull. Reynolds prefers to murmur rather than sing ('Country Girl'), write songs of seven minutes that fail to actually go anywhere ('Where The Dead Live'. Prog-pretension? No thanks) and waste our time with a three-minute spoken-word poem set in a wind-swept cave ('The Hill'). The sole flourish, ironically, comes with appropriately titled closer 'Song Of Leaving', though it does veer dangerously near to Divine Comedy territory.

For sure, there are people to whom this sort of thing appeals. Whoever wrote the aforementioned press release is certainly one: "This is an album that smells of creased Penguin Modern Classics, abandoned cathedrals, unicorn dung, wheat fields and redheads", it gushes, but to my ears the full stop really ought to have landed just before the 'of'.